Jeff Bridges: How Tron Legacy is like his Oscar film

Jeff Bridges took home a long-overdue Oscar on Sunday night for his performance as a washed-up country singer in Crazy Heart, but sci-fi fans are more interested in his upcoming role as Kevin Flynn in Tron Legacy, the sequel to his groundbreaking 1982 movie. And Bridges said the long-awaited sequel has a lot in common with the indie Crazy Heart.

Speaking to the press at last week's Spirit Awards, Bridges said the upcoming sci-fi sequel is not that far from the Fox Searchlight film that has won him so much acclaim.

"You know, somebody asked me just a moment ago about the difference between these big-budget films and independent films," Bridges said. "A lot of it is very similar. Some of these big-budget films, Tron and Iron Man, you think you're doing a student film sometimes." (Bridges played the villainous Obadiah Stane in 2008's Iron Man.)

Considering that Tron Legacy surely costs much more than the original Tron did in 1982—and probably more than all the Spirit award winners combined—what's so independent about the Walt Disney Studio's upcoming blockbuster? 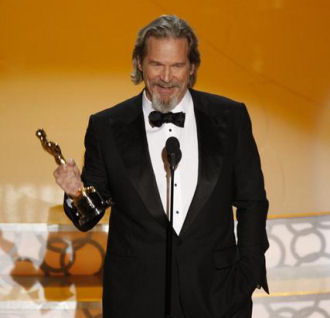 Even within the studio system, the Tron films came out of a filmmaker's singular vision. Steven Lisberger fought to bring to life the world's first computer-animated film in 1982. Now, director Joseph Kosinski has a 2010 take on the world of Tron.

"What drives the independent film is the passion of the filmmaker," Bridges said. "You get something bubbles up for 100,000 bucks [like] that film Once from a couple years ago, [which] is such a wonderful, wonderful film. Things like that, to stick to it and make a film like that, really takes passion."