Alba got her big break at the tender age of 19 as the star of James Cameron's futuristic sci-fi thriller, playing a genetically enhanced freelance operative trying to figure out who she is and how she came to be. Even though Dark Angel gave Alba a career, it also wasn't quite the empowering experience you'd have thought.

Talking to Marie Claire magazine, Alba revealed that Dark Angel presented her to the world in a way that made her feel like a sex object:

"I had a show that premiered when I was 19. And right away, everyone formed a strong opinion about me because of the way I was marketed. ... I was supposed to be sexy, this tough action girl. ... I felt like I was being objectified, and it made me uncomfortable. I wanted to be chic and elegant!"

While the show itself made Max Guevara a real character and gave Alba lots of meat to chew on as a burgeoning actress, if you look at some of the posters ... well, she's got something of a point: 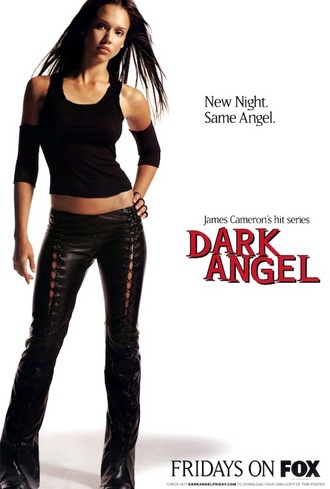