Captain Jack Sparrow himself, actor Johnny Depp, will be reprising one of his most famous Tim Burton roles, the iconic Edward Scissorhands. However, there's an itsy-bitsy, tiny catch.

Essentially, yep, Johnny Depp IS back as Edward, the poor artificial man who had long razor-sharp scissors for hands, since his creator (played by the late Vincent Price) died before finishing him in director Tim Burton's 1990 romantic fantasy film.

However, this time his role has been cut down in size (pun intended), since Depp will only be voicing the character for an upcoming Family Guy (that den of all things geek) episode on FOX. 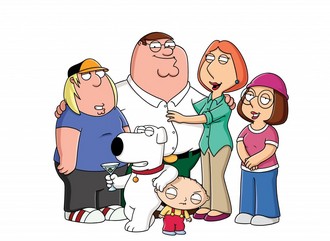 According to EW, the part is said to be a brief cameo, but still, Depp had a little bit of a problem (at first) getting back into the character he played a whopping 22 years ago.

"When he was in the booth, he said that he felt like he hadn't done that voice since he did it in front of the camera. He was able to snap right back into Edward Scissorhands once we pulled up a clip from the movie. He was amazing—and demonstrated extraordinary patience with all the fawning women in our office who swarmed him."

Are you guys excited to have Johnny Depp reprise his famous Edward Scissorhands role—even if it's only for a brief, Family Guy cameo?

Family Guy returns for its 11th season on Sept. 30.