Jordan Peele's Us and the labeling of horror movies

On Christmas Day, Jordan Peele delivered unto us the gift of a new trailer, and the first look at Us definitely didn't need exchanged for something better. After the critical and box-office success of Get Out, Peele’s next project has been much anticipated. If a debut is big, the pressure on the follow-up is huge. So far, the Us rollout is doing a very good job at revealing enough without giving the game away. Sometimes creators can be too precious about spoilers, leading to an irritated rather than invigorated audience (looking at you, J.J. Abrams, with your Khan Star Trek secrecy).

Buzzwords help promote, particularly when writing SEO-approved headlines and pithy tweets. The emphasis from Peele in interviews has been on the horror element, so why is Us being referred to as a "social thriller"?

Horror, comedy, drama, romance, science fiction, and fantasy are all broad categories that help define the art we consume, whether it is movies, television, or books. Breaking it down into a specific genre acts as shorthand, signifying whether it will appeal to a person’s area of interest. Bookshops don’t just have a single alphabetized system, the algorithm of a streaming platform will make recommendations based on what you have previously watched, websites like this one cater to particular tastes. Labels help create order in a chaotic world, but they can also lead to value judgments marking something as “less than.” Scary movies are often derided, lacking the gravitas and respect bestowed upon other types of films. "Social thriller" is essentially a fancy way of talking about a specific kind of horror — but by dressing this genre up, it actually does it a disservice.

Not everything falls into neat boxes; lines are blurred and always have been. Shakespeare might be known for tragedies, comedies, and histories, but there are also the “problem plays” such as The Merchant of Venice and All’s Well That Ends Well, which are ambiguous in tone and narrative structure. A comedy can make you weep, a drama is not devoid of humor, and a horror can scare the crap out of an audience while also making a larger point about society and the world. In fact, many of them have. Of course, there are a lot of middling to bad horrors, but we shouldn’t have to come up with a different name for the ones that are awards-worthy.

Social thriller is not a new term, but the discourse around Get Out did bring it back to the forefront. Peele himself used it to describe his directorial film debut throughout the press tour, explaining in one interview, “I define 'social thriller' as thriller/horror movies where the ultimate villain is society.” He curated a collection of movies under this umbrella at BAM in Brooklyn, which featured a wide range of movies such as Rosemary’s Baby, Rear Window, Scream, Funny Games, and a preview of Get Out. It was later announced that his directorial debut would be the first of five films exploring society-as-a-monster movies. Us is the second in this series, which is why the term “social thriller” is being used in tweets by trades such as Deadline when discussing the new trailer.

Calling it a “creepy social thriller” is a way of saying horror without having to use the word horror. But this genre deserves more respect, with fans and culture writers alike sounding off on Twitter in response to Deadline’s initial tweet. Scary movies aren’t just about lashings of blood, senseless killings and cheap thrills. Yes, some are exactly this description, attempting to entertain on a base level, but this genre reflected anxieties and fears long before movies even existed. Home invasions, possession stories, ghosts, and monsters are only some of the methods for holding a mirror up to society. It doesn’t have to be referred to as a “social thriller” in order to say something. 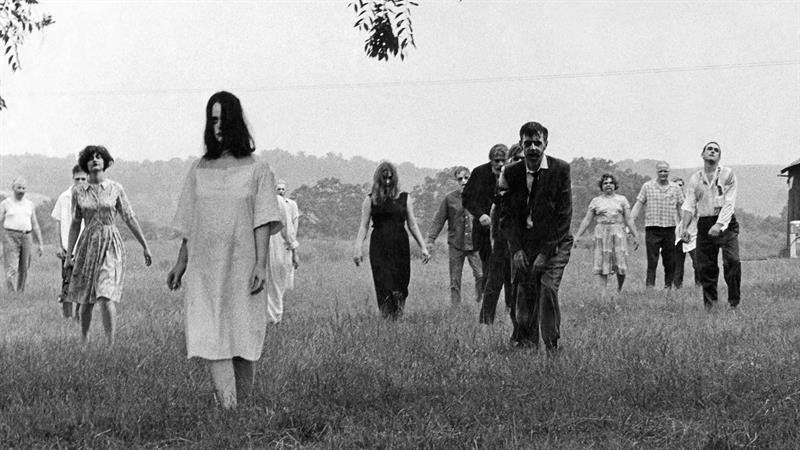 George A. Romero, David Cronenberg, and John Carpenter projected our fears onto the big screen, inspiring the next generation to do the same. It isn’t just about mindless zombies, body horror, or killers stalking babysitters. Instead, those horror films reflected the violence and upheaval of those periods, from racist incidents witnessed while in high school (as Carpenter recently discussed on the Halloween Unmasked podcast) to the AIDS epidemic in the 1980s. On The Twilight Zone, Rod Serling used disturbing scenarios to portray issues of social justice, so it's rather fitting that Peele is also reviving this iconic series. There is a bigger picture. Horror is much smarter than it is often given credit for.

But even Peele seems to have dropped the social thriller name tag. In an interview discussing the Us trailer with Entertainment Weekly, the focus was on the horror elements. Horror is at the core of Us, from the choice of “I Got 5 on It” in the first trailer — the beat is similar to the Nightmare on Elm Street soundtrack — to the movies he gave star Lupita Nyong’o to watch as homework. Peele wants to bring something new to the conversation about race and horror by having a Black family at the center of the story, as he mentioned to EW.

Calling Get Out a social thriller was not a diss on a genre he clearly loves — Peele appears on the forthcoming documentary Horror Noire about the history of Black horror. But what it does is make this a catch-all term which inadvertently distances itself from its origins, even if that was not the intention. With the conversation around Us, the word horror is back in the forefront.

Did you know that only six films classified as a horror have been nominated for Best Picture at the Oscars? Those six are The Exorcist, Jaws, The Silence of the Lambs, The Sixth Sense, Black Swan, and Get Out. From this small sampling in the 90-year history of the Academy Awards, only The Silence of the Lambs won. Last year, Peele did win Best Original Screenplay for Get Out. Genre bias isn’t something that only impacts horror; comedy is just as unlikely to be recognized. There are certain films that feel like they have been made in a lab designed to spark accolade interest. Categorizing art is a helpful tool, but it can also devalue it. During award season, this notion becomes all too clear.

The Golden Globes actually has two separate categories for celebrating the best movies of the year — drama and comedy/musical — but even those lines are blurred, and every awards cycle there are conversations about mislabeled movies. Obviously, a lot of this is about picking the category a film has the best chance in; some call it category fraud, others recognize the strategic hustle. Some reap the benefits of doing this, such as The Martian in 2016, but Get Out was not victorious two years later. Would A Star Is Born have succeeded if it hadn’t opted for Best Drama? It is a gamble that doesn’t always pay off.

The year Get Out was nominated it was entered as a comedy, much to the chagrin of some — Peele himself had no input into the submission. Peele’s background is in comedy and his directorial debut certainly includes biting satire and humor, but the narrative is far from funny. A tweet from Peele called the movie a documentary, suggesting just how outlandish this labeling is.

The real horror in Jordan Peele's Us: Capitalism and classism
Us and the tethering of the parent-child relationship

One genre doesn’t fit all; some films can’t be placed into a neat box and the edges are often blurred, but it can leave a bad taste when a label is shunned for a smarter-sounding alternative. “A rose by any other name would smell as sweet” is Juliet’s way of arguing that Romeo’s name shouldn’t matter. It shouldn’t matter to awards bodies, critics, or audiences that a horror movie has something to say — and it doesn’t need to be called a “social thriller” in order to do so.