Finally! Director Jaume Collet-Serra has made a sound casting decision for Akira. Inception and Batman Begins star Ken Watanabe has been offered a role in his American adaptation of the Japanese manga. This is the casting we've all been waiting for.

Back in October, British actor Gary Oldman was offered the coveted role of the Colonel in Akira. But the actor never signed on the dotted line, so the studio decided to move on to another star: Ken Watanabe. In Akira, the Colonel is one of the main antagonists that go head to head with Tetsuo and his gang. If Watanabe accepts, he'll be the first person of Japanese descent to appear in the movie. 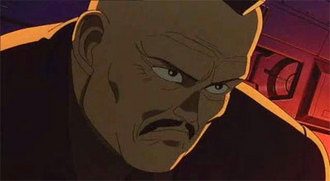 After Warner Bros. offered two lead roles—Kaneda and Kei—to Garrett Hedlund and Kristen Stewart, fans got concerned. Akira is Japanese in origin, and many thought the producers and director would mix up the cast with strong American and Japanese actors. But so far that hasn't happened. Watanabe is one of the most versatile performers in Hollywood, and we think he'd be a great addition to this film. Make it so!

Should Watanabe take over Oldman's role?