Kristin Chenoweth uncertain about her future on American Gods

With the recent announcement that both American Gods showrunners would be departing from the series, the fate of one of the show's stars may also be in question.

At the TrevorLive gala in Los Angeles on Sunday night, actress Kristin Chenoweth said she was "devastated" when she learned that both Bryan Fuller and Michael Green were leaving the Starz TV show heading into its second season.

Although Fuller and Green had already informed the cast of their exit, Chenoweth added that she's uncertain about her own role on the show, which may be changing in the wake of their decision.

"When Bryan was the showrunner, I was coming back for several episodes, but I don’t know now," Chenoweth said. "It depends on who it is and if they think I add value or not."

As the goddess Easter, Chenoweth made an impactful guest appearance in the finale of American Gods' first season, and in terms of the series had been teased as potentially having a recurring role in Season 2.

Currently, Chenoweth is the show's only actor who has publicly stated that their future on the series may look a little different now that Fuller and Green are no longer showrunners.

There's no telling what changes will take effect as the show now prepares for Season 2, but according to previous reports, much of the second season has already been written. What that means for Chenoweth's role, or anyone's for that matter, remains to be seen. 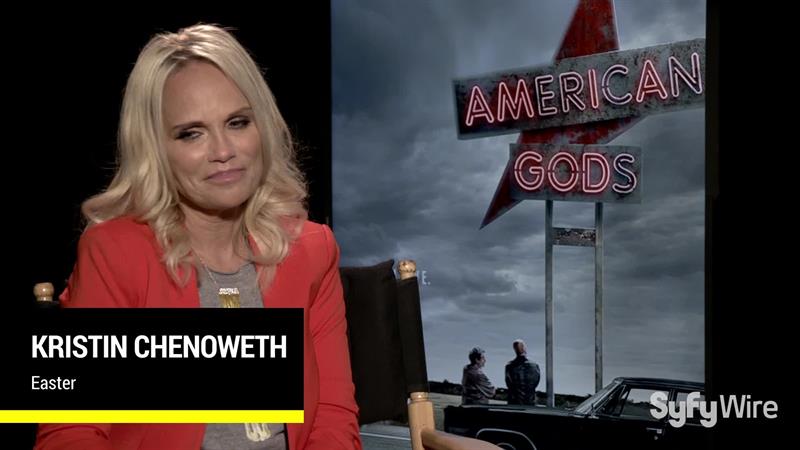