The parallels are clear: Ponyo is a goldfish who leaves the undersea kingdom to explore the human world, but his turning into a human upsets the balance of nature.

"It's really hard to explain, what becomes the motivation or the instigation to do a film," Miyazaki said through a translator in a press conference in Beverly Hills, Calif., last month. "I feel like I'm searching in my subconscious with a fishing net, and I happened upon catching a goldfish in that net. That was the inspiration for starting to make this movie."

Diving a little deeper into Miyazaki's imagination reveals that the original inspiration was not even a goldfish. The filmmaker did not recall the name of the story, but he began work on Ponyo with a children's story about a frog.

"There was a children's book aimed for small children that gave me a bit of a hint at the beginning," Miyazaki continued. "I was thinking of perhaps using that as the original story to work from, and that was a frog in there. But as I worked on the story, it became something completely different from that original children's book. So I didn't pursue that direction. I have told the author of that children's book that that was a hint for this film, though." 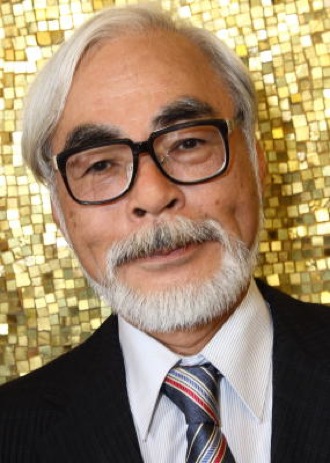 Miyazaki, of course, is the legendary Japanese animator and co-founder of Studio Ghibli, perhaps best known in the West for 1997's Princess Mononoke and 2001's Spirited Away, which was the first anime film to win an Academy Award.

Miyazaki said that he was careful in Ponyo not to step on the toes of Disney's own adaptation of The Little Mermaid. "I watched the video of Little Mermaid many years ago when I was first given it, but I haven't watched it recently," Miyazaki said. "On purpose I did not watch it in my making this film."

Ponyo reflects more modern environmental perspectives than the Disney film, as Ponyo's adventures cause massive storms that threaten humanity. Miyazaki wants his young audience to appreciate the environment. "The most important thing, I think, is that even within such an environment, children grow up, they learn to love, and they enjoy living in that environment," he said.

He also has a family message as well, as Ponyo's parents must correct the imbalance caused by their daughter. "I think what is most important is that parents and children see each other as being very valuable, very precious to each other," Miyazaki said. "If they can get that out of the movie, then I think that's fine."

The English-language version of Ponyo opens in theaters on Friday.