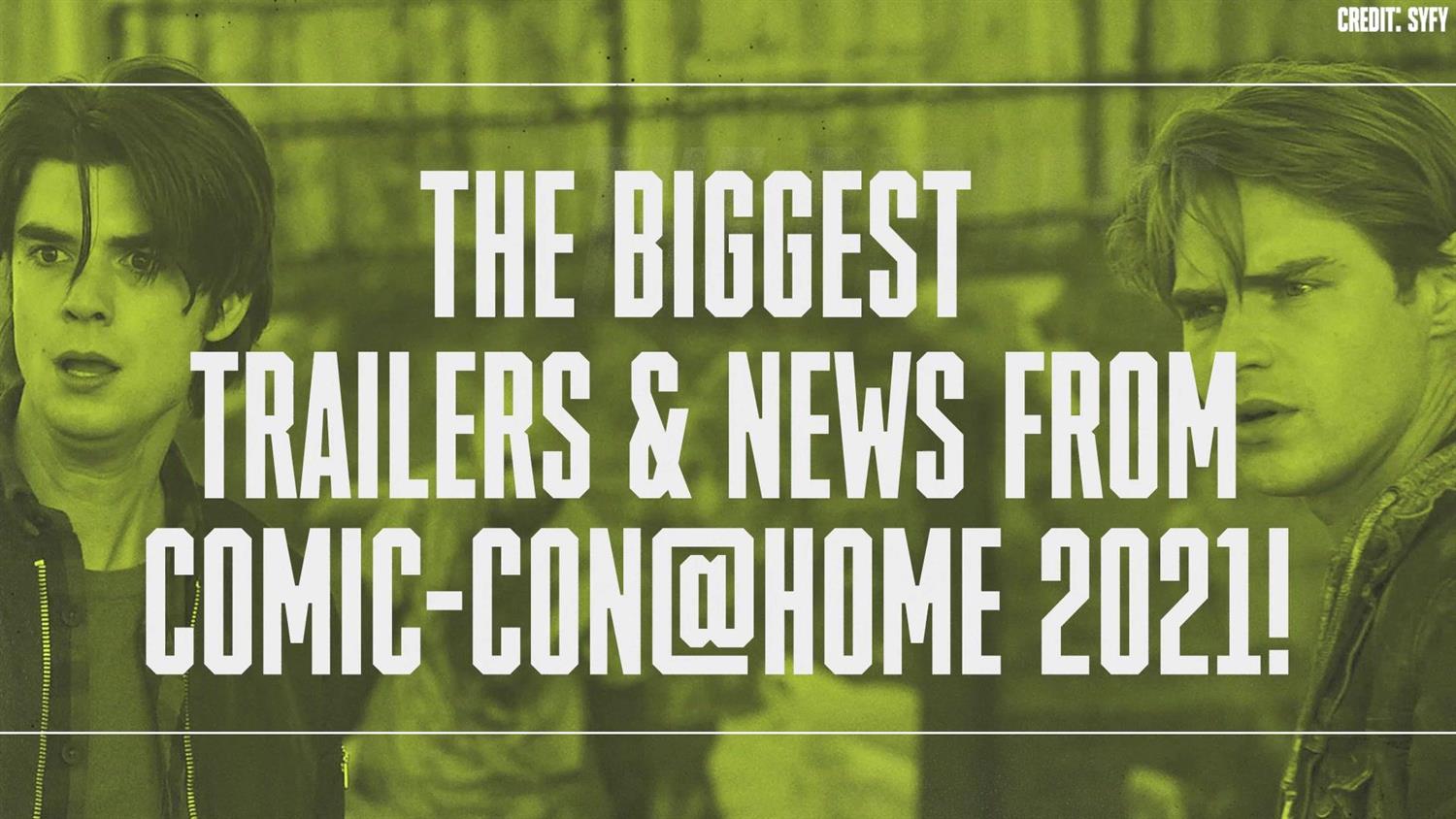 The Comic-Con@Home panel for Legends of Tomorrow kicked off in earnest with a trailer for the remainder of season 6. Just as Caity Lotz’s thrice-dead assassin Sara Lance and Jes Macallan’s future clone Ava Sharpe are about to finally get married, yet another setback comes their way. Raffi Barsoumian’s Bishop shows up, very much not dead, and crashes the wedding by sending Sara and some other Legends to compete against alien bowlers.

That episode, “The Fatal Frame,” premieres on Aug. 8 and is directed by Macallan herself. “That was a weird script, let’s just say that out loud,” she laughed. As a first-time director, she was happy that the episode got to add style in the vein of The Big Lebowski for her episode. “I was allowed to do shots that aren’t traditionally wanted, and they stayed in!” Keeping the oddness into her episode was important to her, and she was glad that she also got to keep in a montage where she and Gary Green (Adam Tsekhman) wear her wedding dress.

On a show like this, weirdness and change are constants, but it also matters to keep true to the characters. Co-showrunner Phil Klemner used the dynamic between Oliva Swann’s Astra Logue and Lisseth Chavez’s Spooner Cruz as examples. Because of their respective traumas, both women have found themselves becoming best friends. Addressing Swann and Chavez, who became friends outside of work, Klemner called the penultimate episode “an episode almost all to yourselves,” as it finally digs more into Spponer’s supposed alien abduction. The writers came to love their dynamic as Spooner and Astra become each other’s first best friend, and exploring that was something the writers became keen on.

Looking toward the future, showrunners Klemner and Keto Shimizu offered up small teases of season 7, which will find the Legends “stuck” and unable to time travel. Their only hope lies in a new character, Gwyn Price, played by Matt Ryan, whose current character John Constantine will be retired at the end of season 6. To Ryan, John’s departure is true to his character: “In all his history, he dips in and out of stories, and his time with the Legends and me has come to an end.” Creating this new role he hopes will give him some fun the trenchcoat wearing chainsmoker could not, but Gwyn won’t be the only new-ish face for the show. Amy Pemberton will physically play the ship AI Gideon after voicing the character for six seasons. Klemner didn’t specify how the change would happen, but teased that the Legends’ predicament would necessitate an actual body.

But to get there, we first have to get to the finale. Shimizu promised that it would be bigger than the annual Arrowverse crossovers in terms of VFX, and that the Ava/Sara wedding would for sure happen. “But,” she teased, “it’ll have a Legends twist.”

Legends of Tomorrow premieres Sundays on The CW.