The storyboards illustrate the key action beats of the initial attack by a Harvester robot in the film. The photo is a wide shot of the set for the shot, a wrecked 7-Eleven store created and built from scratch in the New Mexico desert outside Albuquerque, where the film shot. (View them after the jump; click on the image for a larger version.)

The images come from Terminator Salvation: The Official Movie Companion, by frequent SCI FI Wire contributor Tara Bennett, which chronicles the making of the film, with interviews and commentary from the cast and crew, including the director.

The book will be released with The Art of Terminator Salvation, also by Bennett and also due May 1, a coffee-table book that showcases the movie's creative design, with storyboards, stills, production art and computer-generated imagery.

Separately, Titan Books will release an official novelization of the film, by Alan Dean Foster, on May 1. 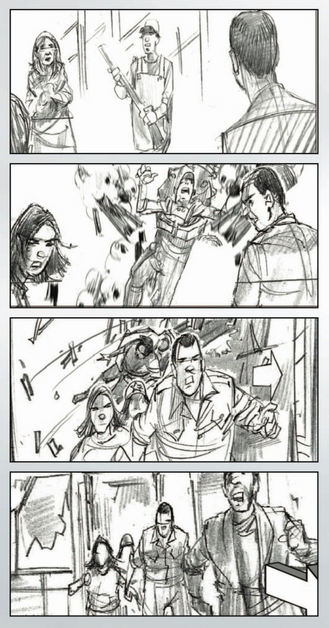 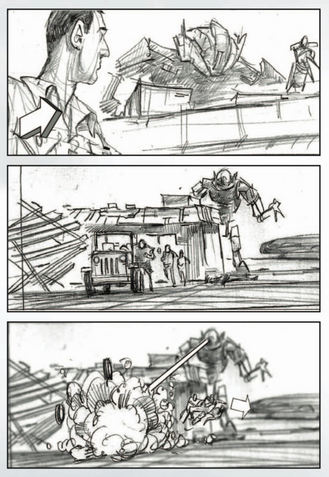 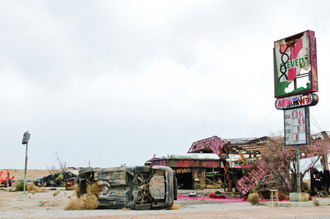