Former Stargate SG-1 (and Atlantis and Universe) writers Joseph Mallozzi and Paul Mullie have tapped a fan-favorite sci-fi alum for their new tech-driven mini-series. So who is it?

The duo have signed former Buffy the Vampire Slayer co-star and current Robot Chicken mastermind Seth Green to star in their new four-hour mini-series Delete, which takes place in a world where the Internet becomes self-aware and takes on humanity.

Development for new Stargate TV series set within the SG-1, Universe canon is 'progressing'
Exclusive: Dark Matter creator talks S3 and 'getting the band back together' 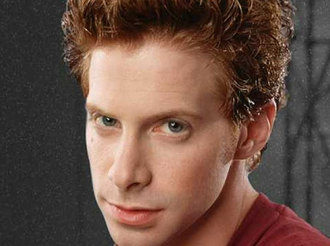 The only way to survive, according to a press release at Gateworld.net?

"Faced with extinction, there is only one way out, to create a second artificial intelligence that's equally alive, intelligent and dangerous."

Green will play the character Lucifer, who he describes as "a hacker activist, a cross between Gene Hackman in Enemy of the State and Julian Assange. He's distrustful of the government and an advocate for humanity who saw the AI coming and tried to stop it early on."

What do you think of this series? Are you excited to see what the old Stargate writers are up to now?