Looks like Rorschach will be the guy training the next RoboCop

It seems like more and more folks sign on to Jose Padilha's new RoboCop remake every day, and now another sci-fi vet has joined the project. Who watches RoboCop? A Watchman, that's who.

Jackie Earle Haley, who had a classically awesome turn as Rorschach in the 2009 big-screen adaptation of Watchmen, will reportedly play Maddox, the man who trains the new Alex Murphy, played by Joel Kinnaman. 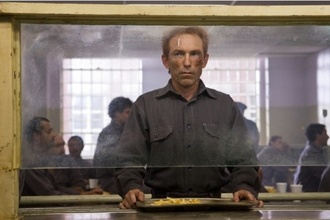 This is definitely an interesting pick, and Haley seems like the perfect guy for a seasoned vet. After his unforgettable take on Rorschach, Haley has carved out a niche with a co-starring role on Fox's short-lived Human Target, the new A Nightmare on Elm Street and the recent Dark Shadows remake.

What do you think about the news? Will Haley be a good fit for the RoboCop remake?