NYCC: Lost's Daniel Dae Kim talks about the future he shouldn't have

He's not dead! (Spoilers ahead!)

In last week's episode of ABC's Lost, we found out that Jin (Daniel Dae Kim) is alive and kicking. SCI FI Wire sat in on a group interview with Kim at New York Comic Con, where he talked about being back from the dead, what he knows, working in the sci-fi genre and his upcoming project, a musical. Following is an edited version of that interview. Lost airs Wednesdays at 9 p.m. ET/PT.

What's it like to be back from the dead?

Kim: [laughs] It feels good,and it feels nice to be missed.

When were you told about it?

Kim: Actually, I was told about it right before the script came out for the episode. For the finale. [Executive producer] Damon [Lindelof] called me and said, "You're going to read something that might sound a little shocking, but don't worry. You're still with us."

Aren't they rolling the dice a little bit if they don't tell you? They're sort of assuming you're going to be available.

Kim: Well, they never released me from my contract. So I was still obliged.

I guess that's a pretty good indication that you're coming back.

Kim: Savvy watchers would have seen my name in the opening few episodes as well.

Is it difficult not knowing where your character is going?

Kim: It was initially when we first started the show, but I kind of equate it to real life. You never know where you're going in real life. You wake up, you know who you are, hopefully, and you go on with your day.

How far ahead do you know, storywise?

Kim: I only know the specifics of the scripts I have in my hand. And right now that would be up to episode 14.

And have Sun [Yunjin Kim] and Jim reunited yet?

Kim: Uh, that I think you'll be surprised, hopefully, when you see it.

How many episodes will Rousseau be around for? 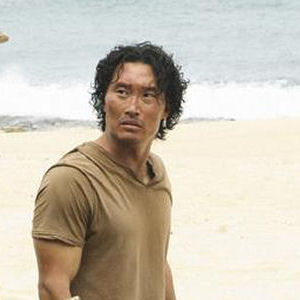 What's it like knowing that you have an endpoint to the series?

Kim: That's actually kind of reassuring. In television, a lot of times, ... you're really unsure how long you'll be working on a given project. But to be given a firm ending, we can actually prepare for it. So it's a good thing.

Do you have any plans for after the show or during the hiatus?

Kim: Yeah, during the hiatus I'm going to be going to London to do my first musical. I'll be starring in The King and I. At the Royal Albert Hall.

How has that experience been? Have you been rehearsing for it?

Kim: Not yet. It's been pleasantly terrifying. I've never done a musical before, and I've been looking for a reason to get back on stage. This is a show I'd really like to do.

How are your singing skills?

For your next projects, would you like to stick in the sci-fi/fantasy area?

Kim: It's been odd. I mean, most of you know that I've done a lot of sci-fi. I don't quite know why that is. I guess it's just because science fiction has been a lot more open in terms of casting and inclusive in their universes. So I've been lucky to work in sci-fi the way I have. The genre doesn't matter to me as much as the stories that are being told and the character I play.

Can you talk a bit more about your character's evolution? There's been a growth with the show in syndication. On one channel you can barely communicate with the other islanders, and in this past week's episode you speak a little broken English.

Kim: Yeah, the growth rate when it comes to the language abilities—and there's also the more significant growth regarding his character. When I look back at the pilot and I see who Jin was at the time, ... I realize how far he's come. And I'm really thankful for it. I remember back when we were shooting the pilot, I had concerns about his personality and the way he treats his wife and his xenophobia, but I feel like [executive producers] Carlton [Cuse], David and J.J. [Abrams] really came through on their promise to me to make him a more interesting character.