The police department houses many unsung heroes. On Netflix's superhero drama Luke Cage, that honor arguably belongs to Detective Mark Bailey, who is played by Justin Swain. The partner and friend of Misty Knight (Simone Messick), he often proves invaluable in assessing crime scenes, as well as collecting and analyzing the data in front of them. Luke Cage's second season finds Bailey more entrenched in the NYPD and Misty's exploits – for better or for worse.

Swain recently spoke with SYFY WIRE about Bailey's affection for Misty, landing in the line of fire, and more.

Terry Brooks gets candid about why he wanted to finish Shannara now, and why it's not his best work: 'I was burnt out'
Janet Kidder prepares Star Trek: Discovery for the wrath of Osyraa, the next big villain

Cops and investigators are nothing new for you. How did you go about making Bailey stand out?

I thought that Bailey stood out because of the technical aspect of what he does, more so than the other cop roles. When he goes in and starts analyzing a scene, he just follows the evidence from beginning to end. He's a very logical driven person in that way. What I liked about that is Misty is emotional and also an amazing detective. She also has her own strong opinions. So, because of his marriage to the evidence, and Misty's to her gut instincts, I thought that created a really good foil between the two of them. I just played off that.

What was rewarding about the dynamic between Bailey and Misty? Most of your screen time is with her.

In the first season, I got to work off Simone Missick, who is just an incredible actress and an amazing talent. As I was saying, Bailey was such a fun foil for her gut-driven, "I have a hunch thing." I was a balance for her. Being able to balance her out that way and still be conflicting with what she thought made it this really interesting relationship. We weren't quite enemies. We just had different points of view. I thought that was a lot of fun, to scratch that itch every time we did a scene.

At times, it really felt like Bailey was Misty's sounding board. Was he that person that Misty could also trust, a person who had her back?

What I loved about it is that I believe Bailey cares for Misty in a big, big way. That's something I don't think I have said in another interview. I think he has a concern for her destroying her life, destroying her career. The way Misty bounces things off of him, he has a general desire to help her remain steady and on course so that she doesn't self-destruct. That balance is what drives Bailey more than ever to make sure she doesn't do anything out of line. He's concerned about her as a human being, sometimes more so than just following the evidence. There's a little bit of a thing there.

Season 1 mostly saw Bailey collecting evidence and helping Misty crack her case. How has the precinct changed since the events in The Defenders?

It's changed in a big way. I don't want to divulge too much, but when you start off in Season 2, what happened in Defenders is carried into that season. There's been quite a shift in the power dynamic of what's going on in the precinct. Different people are getting new levels of power they didn't previously have. How you see those characters – Bailey and all of them – balance out their newfound power with their moral center is where the series goes. That's across the board for all the characters, such as Luke himself, with his fame, his power. How do you manage that and maintain the core of your character and who you are before you got that power and before you became famous? 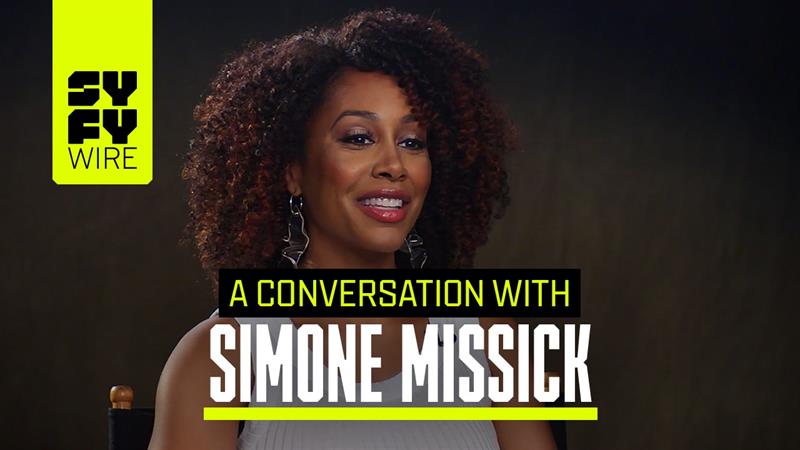 Misty has her own abilities now, and she's more involved with Luke Cage's crusade. How does all that affect Bailey's bond with Misty?

It causes some serious conflict at the very beginning. We are picking up where the Defenders left off. As the season goes on, as you can see in the trailers, she is able to obtain a new arm, which is going to be super-cool. There's just some interesting conflict that goes along there, because there are new elements that have come into the precinct itself. People are vying for who is top dog. Bailey finds himself caught in the middle of that, maintaining old relationships and trying to balance them out with new ones. He's saying, "I just want to keep the peace. I want to make sure everyone is happy and can work together the right way." But that's not how it is always going to turn out when you have such strong-minded women.

Last year was more dialogue-heavy for Bailey. How much action, if any, does Bailey get to see moving forward?

He sees a little more. There's some fun stuff as the season goes along. Nothing too insane, but he gets himself out in the field a little bit more. You see him going from an inside cat to an outside cat. There's a few little things here and there where he's able to become part of the action, maybe in a fight he doesn't want to see happen.

Bailey wasn't a prominent player in the comic books. That must give you a lot of freedom with the character. Where would you like to see him go down the road?

I love the path he's on and where they took me in the second season. It's been fantastic. I've been able to move from an indoor cat to an outdoor cat. Bailey is interacting with all the aspects of the world of Luke Cage. The way they are moving him to become more part of the action and a bigger part of the story, I want to see it continue in that way, and have Bailey turn from this nerdy, timid indoor cat obsessed with the evidence to having to do things that are a little more physical.

I want to see him confront people, confront dangerous situations, and see how that throws him out of his comfort zone of being an analytical type. I'd like to see them push him more that way and get him out and fight and tumble around more.