Meet the new (but not improved) K9 from Doctor Who

Why can't they let a sleeping dog lie? The long-rumored Doctor Who spinoff series K9—The Series has finished production and is slated to debut in Australia and Europe early next year, according to Park Entertainment.

This show, first reported several years ago, is the second attempt to build a children's show around the robot dog, which was first introduced in 1977 and has appeared in various forms over Doctor Who's various incarnations. Most recently, it appeared in the 2006 Who episode "School Reunion" alongside David Tennant's Doctor and the original Sarah Jane Smith, Elizabeth Sladen, and later in Sladen's own spinoff series The Sarah Jane Adventures.

Doctor Who reveals Season 13 trailer and adds Game of Thrones actor Jacob Anderson
Jodie Whittaker is leaving Doctor Who in 2022, but she's changed the Whoniverse forever 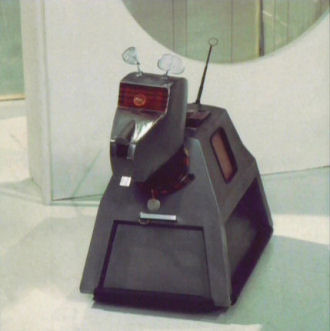 A British pilot for an earlier series, K9 and Company, featuring Sladen as Smith, wasn't picked up.

And for good reason, it appears. K9 has been one of those thorns in the side of Who franchise for a while. He's beloved as a sidekick to the doctor, but he's a character who doesn't quite seem to stand on his own. For instance, in a Who-themed episode of the British game show The Weakest Link, poor K9 was voted off the game despite answering all of the questions correctly. 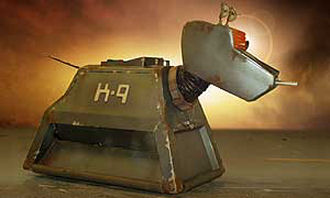 For contractual reasons, the new show won't feature any characters from Doctor Who. Just the dog himself, plus a new batch of kids.

The good news is we won't have to watch him in the United States. That is, unless the Master has something to say about it ...

Originally created for the 1970s DOCTOR WHO series by Bob Baker and Dave Martin, K9 has long been an iconic television character. Now a brand new series of K9 is several weeks into production.. K9 is a children's sci-fi/adventure series combining comedy, action and suspense - "X Files" meets "Men in Black" with a zany dash of "Ghostbusters". K9 mixes live action characters with stunning visual-effects.

K9 and his three teenage companions become the earth's front line defence against dangers threatening from anywhere and anytime in the galaxy. They will have a lot of fun, action, adventure, and some scares along the way, saving the earth from alien creatures, monsters and more than a few human threats.
Production commenced in early December 2008 on a specially built set just outside Brisbane, Australia. Shooting continues on this 26 part series until the end of April and the series is expected to begin broadcast on Ten Network and Jetix Europe early in 2010.