Michael Chabon and HBO will pit magicians against ... Hitler!

No, really. The Pulitzer Prize-winning author of The Amazing Adventures of Kavalier & Clay is teaming with the cable powerhouse to tell the true story of the stage magicians who helped the Allies win World War II.

While the idea of a band of con men and stage magicians playing a key role in the defeat of Adolf Hitler may sound outlandish, there is actual historical precedent for Hobgoblin, the show Chabon is developing with his wife, the novelist Ayelet Waldman: Jasper Maskelyne was one such prestidigitator, who used sleight-of-hand techniques and stagecraft to aid the Allied forces by, among other things, disguising tanks inside plywood-and-canvas constructs. 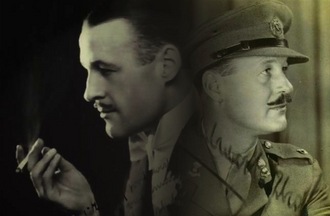 Hobgobliin is still in very early stages of development, but I, for one, am totally down to watch a League of Honest-to-Goodness Extraordinary Gentlemen take down the Third Reich.