As the sixth and final season of ABC's Lost unravels, we've been treated to the return of lots of past characters—including Boone Carlyle (Ian Somerhalder) and Doc Arzt (Dan Roebuck)—and been promised the return of others soon. (Here and here.)

So we were pleased to talk with two of our favorite actors—Dominic Monaghan (who plays Charlie Pace) and Sonya Walger (Penny Widmore)—to find out whether they will be back as well. (Spoilers ahead!)

"I'll be back," Walger said in an interview on Thursday in Los Angeles at the Paley Center for Media. "I've shot one, and I'll be back again."

It's important for Walger to complete her arc as Penny. "Oh, for me it was just lovely to be back," she said. "I'm delighted to be able to go and sign this character out. I've had so much fun dropping in and playing her all these years that I would have felt very sad not to be able to go and pay my respects, as it were."

For the last year, the London-born Walger has played an American doctor on ABC's other sci-fi series, FlashForward, and it affected her appearance on Lost. "I recently also went back to Lost and started a scene," Walger told the PaleyFest audience in her native British accent. "They called cut, and someone came up to me and went, 'You know Penny's English, right?'" 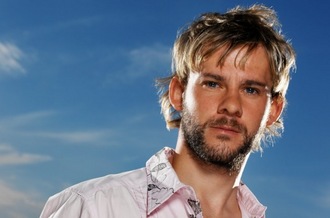 What about Monaghan's Charlie, who perished a while back but was glimpsed in a key scene in the sixth-season premiere? Monaghan, who also stars in FlashForward, was circumspect when we spoke with him on the set of FlashForward yesterday.

"I think that's more of a question for the writers, you know?" he said. "When I started interacting with them this year, specifically [Lost executive producer and co-creator] Damon Lindelof, he said, 'Look, I want to keep this as close to our chests as possible, so just keep your secrets.' So I think if you got that out of Damon, that would probably be more of a worthwhile place to go."

But Monaghan said he does know where the show is going. "I know what's going to happen at the end, because when I spoke to Damon when I was coming back for the first episode of the last season, he kind of said to me, 'This is what's happening, this is where we're going, this is what's happening in the finale,'" he said. "So, yeah, I know some stuff. But you know, I'm working a lot, so it's difficult for me to watch the show. And I always tend to watch shows on DVD, so I'll wait for it to come out on TV and then I'll get it."