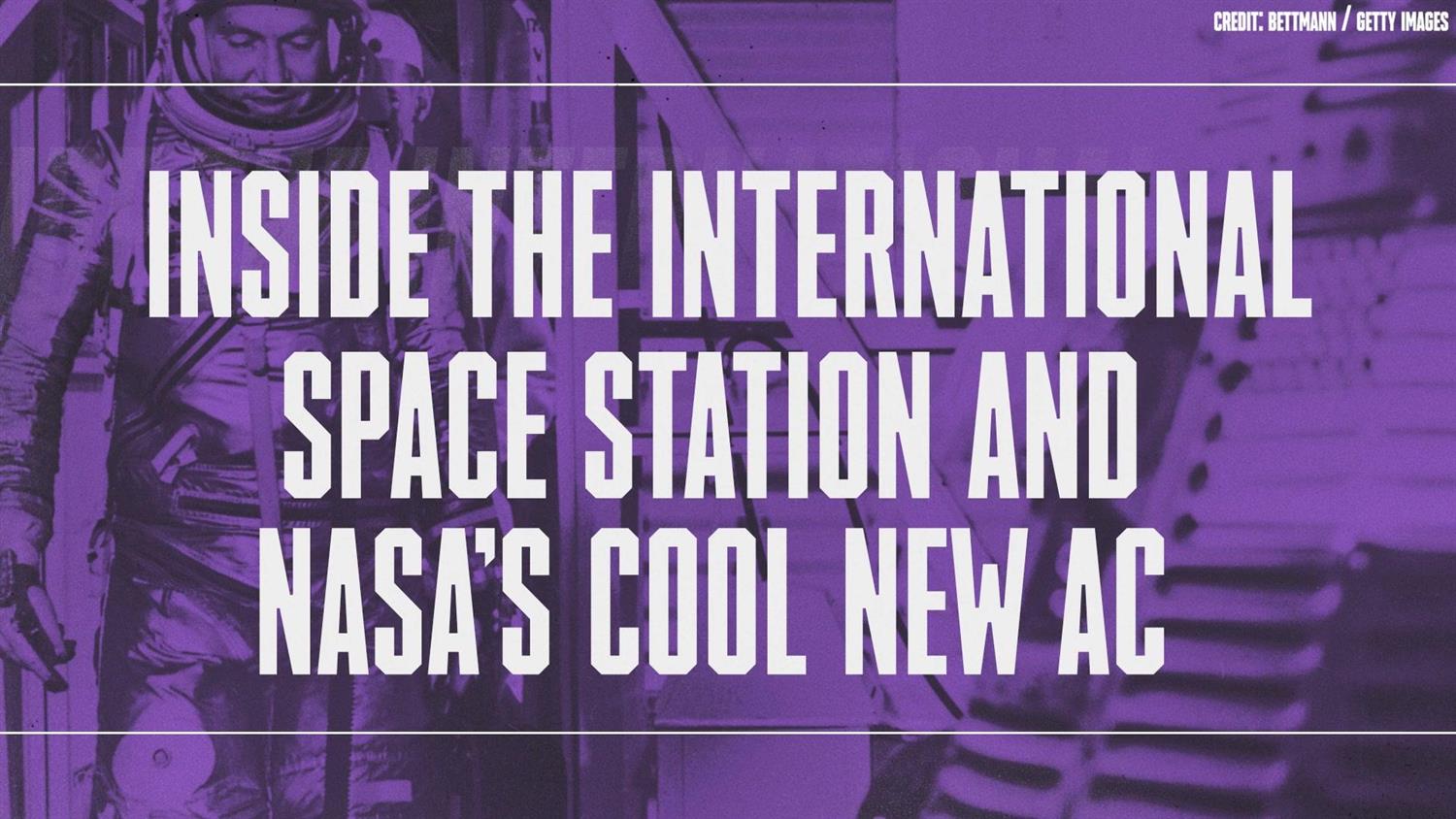 If you can’t stand the heat, get it out of the space station with NASA’s cool new AC

Space is freezing, but the ISS and whatever comes after it (think spacecraft headed to Mars and beyond) are still going to need air conditioning for astronauts.

You can’t feel the bitter cold of space inside the ISS. What you can feel is the heat, because all that power the space station uses generates way too much heat. You can’t exactly lower the windows in space when there is no breathable air out there. This is why NASA just sent up their approach to in-space air conditioning with the recent launch of the NG-16 Commercial Resupply Mission (which SYFY WIRE was there for).

The Flow Boiling and Condensation Experiment or FBCE is that unearthly air conditioner. It is the brainchild of a decade of research by scientists at NASA Glenn. The more power a spacecraft uses, the more heat it puts out, and the FBCE is a compact system designed to remove heat by vaporizing it.

“The FBCE is really advancing fluid theory forward in a way that really opens up doors,” NASA Associate Administrator Thomas Zurbuchen told SYFY WIRE at a pre-launch press conference. “I believe that if this experiment is successful, there will be technology that’s going to fly up there for exploration in only a few years.”

How exactly do you vaporize heat? Zapping it with a laser isn’t the answer, even though lasers seem able to vaporize just about everything in science fiction. What does work is physics. Zurbuchen, a physicist by training, is especially anxious to see how this experiment performs because of how groundbreaking it could be. Heat actually has to be removed from the air and used to bring a moving liquid to a boil until that liquid morphs into a vapor. The vapor is then directed away from its source at the end of what is known as a two-phase heat transfer system.

Going to the Moon, Mars and beyond is going to require tremendous amounts of power whose by-product will be equally huge amounts of heat. This is why FBCE will conduct a series of experiments that will look into the most efficient way to cool off the ISS—and eventually, spacecraft headed further away. Portable air conditioning units that were attached to spacesuits, as seen on astronaut Wally Schirra above. That isn’t exactly convenient when you’re trying to do science in an already cramped area.

“Cooling systems are really important parts of not only rockets but also of life support equipment for the future,” Zurbuchen said. “As we’re going to the Moon and look at Mars as a destination, these systems are absolutely critical; when the cooling system doesn’t work, it’s really uncomfortable for the astronauts.”

It was during a 95-degree day outside the Wallops launch facility that Zurbuchen spoke about this, so the thought of someone in a heavy space suit having to endure that much heat would have almost made the temperature rise in your head.

Refrigerators on Earth are (obviously) successful at two-phase heat transfer. However, as we have found out over and over again, almost nothing works the same way in space as it does on terra firma. This is why FBCE will investigate different methods of heat transfer. It is also possible to transfer heat by flow condensation, which involves hot vapor being changed back into liquid form.

To actually turn a zero-G air conditioning system into a reality, scientists will have to use data from FBCE experiments to figure out what is different about boiling and condensation in microgravity versus Earth. The hardware has seven modules, or sub-units, connected by cables, which plug it into electricity and also enable the communication of data to and from the home planet. Fluids will circulate through flexible hoses on five of these modules.

FBCE will end up being a part of the Fluids and Combustion Facility Fluids Integrated Rack already on the ISS. Zurbuchen cannot wait to see the results.

“I love when fundamental science helps us advance exploration in the future,” he said. “That’s what I’m excited about.”