Someone left Gaiman's Who script in a cab—here's the title!

We already knew that Neil Gaiman would be bringing the Cybermen back to Doctor Who next year, but now it looks like the title for that episode has leaked. And it's a doozy! SPOILERS AHEAD!

After it was left in the back of a cab in Cardiff, an image of the script was posted to Facebook along with the phrase "Cheeky spoilers, anyone?" It didn't take long for the image to spread. So ... wanna know the title? 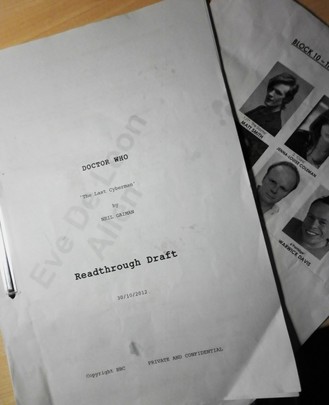 The Last Cyberman, eh? That opens up a number of possibilities. Since Gaiman seems to be big on paying homage to the classic series and getting to the heart of what the show is really about, it seems likely that the Cyberman in question will be more in the classic style, a look we have never seen in the new series. Similarities with the series-one episode Dalek are also likely.

What do you make of the title? Give us your best theories!