Now that Fox has effectively boarded up Dollhouse, we should take a moment to reflect on the near-apocalypse Topher created just by being the best hacker he knew how to be.

But memorable character that he was, Topher is just one in a long line of computer cowboys who go beyond the binary and make quick work of microprocessors. Check out these great hackers who give computer geeks a good name. 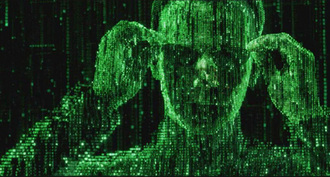 Data: Everything was boring business as usual for part-time hacker Thomas "Neo" A. Anderson until he decided to follow the white rabbit.

Why he's so great: For some, Morpheus might be the obvious choice for greatest hacker in the Matrix. He managed to escape his life as a human living in the Matrix, find his way to Zion, captain a ship, head up a war against the machines and open his crew's eyes to the truth about the virtual reality that they were living in. But, as we all know, Neo unlocked the key to controlling the code in the Matrix. Plus, he's uncommonly good at martial arts and knows how to dodge a bullet. 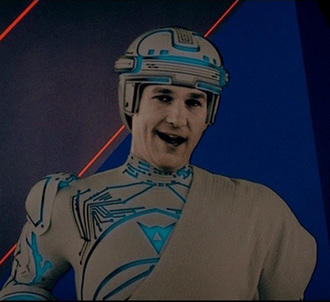 Data: Life for former software engineer Kevin Flynn had taken a turn for the worst when he found himself working in the video arcade that featured games he himself had created ... until he ventured inside the game.

Why he's so great: Tron launched not only a completely new style of filmmaking, but nearly 30 years of Halloween costumes. Kevin Flynn, much like Neo, finds himself up against the ultimate digital overlord. But instead of being freed from the digital world, he has to enter a virtual reality and, living out every gamer's dream, he becomes his program's counterpart. He makes beating the game look so easy: Just sport a form-fitting fluorescent outfit, take part in some futuristic fights, ride a few light cycles and throw some badass laser discs, and you, too, can destroy the Master Control Program. 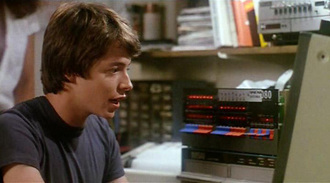 Data: Lightman is a slacker high school kid who, while way too smart for his own good, can't seem to pass his classes. He quickly finds he can hack something bigger than the school district's computer.

Why he's so great: David Lightman is just another nerdy kid trying to impress a girl, right? OK. He might have taken it a little far. There are other ways to get to second base besides hacking into an army supercomputer and conducting a first strike against your hometown. Isn't playing spin the bottle a whole lot safer than playing global thermonuclear war? Isn't seven minutes in heaven better than an eternity in a post-apocalyptic landscape? 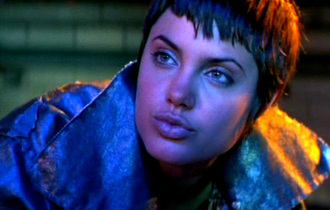 Data: Kat Libby, aka Acid Burn, commands the social scene both on and off the computer until she rubs the new guy in school the wrong way.

Why she's so great: Hackers might have done a slight disservice to young aficionados of computer technology. It gave them hope that someday they would grow up and meet their hacking partners in love. With her unbelievably adept hacking abilities, her ample RAM (ahem) and her Hollywood good looks, she'd help her beloved computer geek escape the clutches of the FBI and Fisher Stevens on a skateboard. He and his gal would then head off into the sunset intent on nothing less than hacking the planet. In reality, fans would be better served watching Weird Science if they hope to find a girl like Acid Burn. 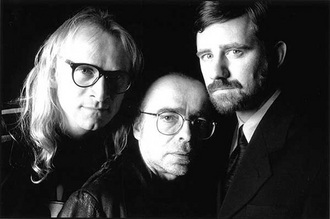 Why he's so great: It seems wrong not to include ponytailed, fingerless-glove-sporting Melvin Frohike in our list of hackers. Although his main role as one third of the famed Lone Gunmen is photographer, he got his start pirating cable software. An expert computer hacker, he constantly spars with his partner in crime Richard Langly for dominance over the keyboard. He's also an adept engineer, a bit of an inventor, a ladies' man and a top-notch tango dancer. 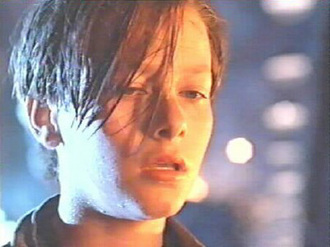 Data: 10-year-old John Connor is a troubled kid who watched his mother be forcibly imprisoned in a mental institution and assumed that she was completely out of her mind until he got a visit from the T-1000.

Why he's so great: If you could send a gift back in time to your younger self, what would it be? A book, some advice about a former flame or maybe a note telling the younger you never to get the same haircut as Martin Gore, no matter how much you love Violator. How about a Terminator that's been reprogrammed by you to serve only you and to protect you from the T-1000 that has been sent back in time to kill you? We get a taste of the computer genius John Connor will become in the 10-year-old-"My mom's in a mental hospital"-ATM-hacking youth of Terminator 2. 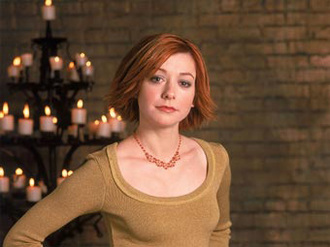 Data: An original member of the Scooby Gang, Willow is called upon to do much more than research monsters.

Why he's so great: So many computer whizzes make magic with their machines, but there's only one who can actually magically interface with her computer. That's Willow Rosenberg. At first she was just your average computer geek, helping Buffy track down monsters and demons, but when she later discovered her witching ways she gain a power that perfectly combined the scientific and the supernatural. Unfortunately, that kind of influence can sometimes turn you into a power-hungry machine—just look at Steve Jobs. 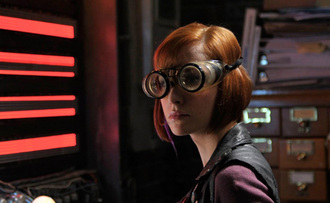 Data: Claudia is a young hacker who will stop at nothing to find her missing brother's whereabouts. She'll even work for a man she tried to kidnap.

Why he's so great: Warehouse 13's resident cool kid (see: dyed bob, converse high-tops) is a little bit hipster and a little bit steampunk. Armed with a glib turn of the tongue and a gift for cracking codes, she infiltrates Warehouse 13's computer system to bring her brother back from beyond. It feels a little bit like we've been here before, doesn't it? She's like that twentysomething you tolerate at work because you know at one point in your life you were probably just as annoying. 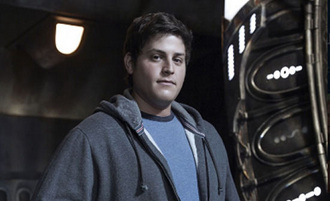 Data: Eli is a slacker genius who ends up being recruited into Stargate.

Why he's so great: Eli is the classic hacker character—a disheveled-looking sci-fi fan whom people tend to underestimate at first. A video-game expert and nerd of the highest caliber, Eli dropped out of the mecca of all scientific institutions, MIT. This smart-mouthed king of the one-liner seems to be able to solve the mysteries of just about anything—code, computer, ancient language and even yoga—but he can't quite hack Chloe's heart. (sigh) 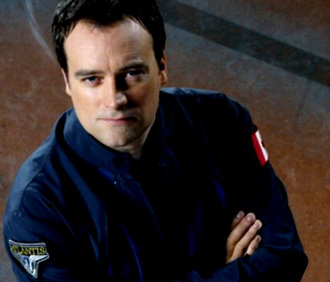 Data: As one of the major experts on Stargate living on Earth, McKay takes the leap into Stargate Command when he joins the Atlantis team and becomes their test subject.

Why he's so great: Awkward, phobic and slightly offensive, Rodney McKay makes an unlikely hero. His girlie first name (Meredith) and the fact that he's Canadian don't help to make him any tougher. But when his own life, the lives of his crew members and much of the universe are on the line, the things that would be considered shortcomings in another man work to his advantage. The fact that he's a genius and can hack alien life forms helps a little, too. 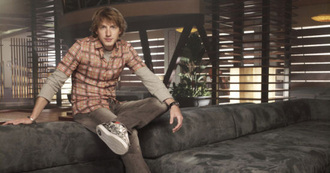 Data:Topher likes his lawless way of life, he likes his snacks, he likes to program, and he likes the Dollhouse. He might even like some people.

Alright, let's talk about Spike, Buffy and that scene
OK, we have to talk about that song James Marsters wrote for Michelle Trachtenberg

Why he's so great: He may seem immature at times, but Topher proves he is king of his domain by conquering the Dollhouse's "imprinting" technology. He is responsible for the remote wipe system, which erases a "doll" or a human's personality and prints it with a new one without having to connect the brain to neuromapping hardware. Basically he plays god with a little bit of help from technology.