"It's going to scare the s--t out of people," Cassidy said in a group interview earlier this month in Pasadena, Calif., where she was promoting the CW series Melrose Place. "I definitely think people are going to freak out. It was really emotionally and physically draining for me, but it was great. It was a great experience."

Yes, it turns out if you die in a dream, you could die in real life. No one tell Freddy.
Psycho, Scream, and more: The true stories behind 17 terrifying horror movies

Cassidy's character, Kris, was not in the 1984 original film. Rooney Mara plays Nancy, a character brought over from the original. Does that make Kris the new Tina (played originally by Amanda Wyss)? She's the character who famously got herself ripped up by Freddy's finger blades in the first act of Wes Craven's original Nightmare, while Nancy (Heather Langenkamp) survived to the end.

Cassidy (Supernatural, Harper's Island) hinted that the reboot, from director Samuel Bayer and Friday the 13th producers Brad Fuller and Andrew Form, might flip expectations. "Without giving anything away, [I'm probably] one of the two, but you never know," Cassidy teased. "I don't want to spoil anything." 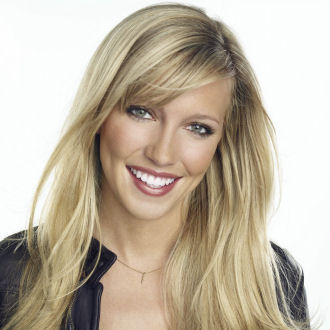 "It's visually going to be insane," Cassidy said. "Sam Bayer is such an artist, and I was so thrilled to work with him."

Cassidy had not seen the original film before filming the new Nightmare, nor had she seen the original Melrose Place, her current project. "I know that it was a huge classic, and with Sam Bayer directing and Jackie Earle Haley being a part of it, I was on board, definitely."