Twentieth Century Fox has released a new poster for James Cameron's upcoming 3-D sci-fi epic Avatar, which you can view in full after the jump.

The new poster appears to show the face of Neytiri, the Na'vi warrior from the planet Pandora voiced by Zoe Saldana in the movie.

Avatar is the story of an ex-Marine who finds himself thrust into hostilities on an alien planet filled with exotic life forms. As an "avatar," a human mind in an alien body, he finds himself torn between two worlds in a desperate fight for his own survival and that of the indigenous people.

Click on the image to enlarge. Avatar is slated to open on Dec. 18. 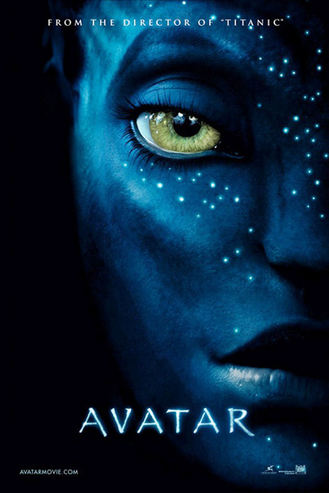