Filming for the third season of HBO's hit fantasy series Game of Thrones is still going full speed ahead and we've just gotten wind of some relatively important casting news. Why important? Well, it's because this character will play a key role in a game-changing event that'll take place during the highly anticipated upcoming third season. 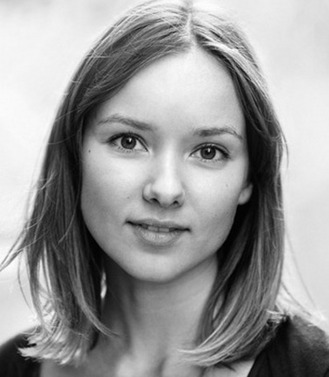 In George R.R. Martin's third book from his A Song of Ice and Fire saga, A Storm of Swords, Roslin is the fifth daughter of Walder Frey, the Lord of the crossings and the Twins played by Harry Potter's David Bradley in season one.

The character of Roslin may be minor but the events surrounding her will be major.

Catelyn's (Michelle Fairley) brother Lord Edmure Tully (Tobias Menzies) gets married to Roslin Frey in order to appease the Freys, especially Lord Walder, since Robb went ahead and did a major stupid mistake (can we just slap him behind the head already?) by reneging on the deal his mother Cat had made for Robb to marry a Frey so he could cross over the Twins with his army back in Season 1.

And that big whopping mistake, our young King in the North will soon find out, was by marrying Jeyne Westerling 'Talisa' (Oona Chaplin).

So, when they all go to the Twins for Edmure's wedding (Robb, Cat, other random characters) something major happens that book readers know will change the name of the game on Game of Thrones. We'll just add ... RW.

Are you guys looking forward to that very important episode and scene?