New images of Sam Worthington from Clash of the Titans

Warner Brothers has released high-quality versions of images for Clash of the Titans, which originally appeared in Empire and Entertainment Weekly; see them after the jump.

The images show Sam Worthington as Perseus, who goes on a quest to save a princess and defeat Hades, the god of hell. Liam Neeson is playing Zeus, the wise yet sometimes ill-tempered king of the gods and father of Perseus, while Ralph Fiennes will play Hades, ruler of the underworld, who aims to overtake Zeus and rule over all. Mads Mikkelsen, Gemma Arterton and Alexa Davalos have also been cast.

Clash of the Titans, directed by Louis Leterrier, is a remake of the 1981 film of the same name, which starred Harry Hamlin as Perseus and featured an all-star cast including Laurence Olivier, Claire Bloom and Maggie Smith. The remake opens in March 2010. (Click the thumbnails for larger versions. The photos are by Jay Maidment for Warner.) 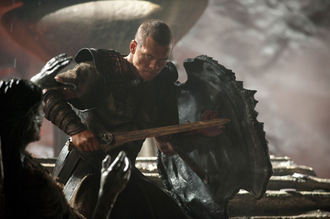 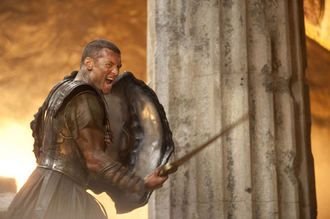