Over his career, Christopher Heyerdahl has played a Wraith, a demon, Bigfoot and now the centuries-old vampire Marcus, in the cast of the upcoming sequel film The Twilight Saga: New Moon.

It's perhaps one of the highest-profile roles for the versatile Canadian actor, who is known to fans of Syfy's Sanctuary, Stargate Atlantis and dozens of films and TV shows.

"Well, it's a little independent film I'm helping out with," the good-natured Heyerdahl said with a chuckle and tongue firmly in cheek. "This guy, poor old Marcus, is a 3,000-odd-years-old vampire who has spent at least the last 2,000 of it with a broken heart. Really, one of the main reasons to play that character and have anything to do with that series is my niece, who is absolutely obsessed with this series of books. To see how it has had such an effect on the teenage female community throughout the world is amazing."

Word of Heyerdahl's casting in the second of four contemplated films based on Stephenie Meyer's best-selling books caught the attention of his friends. "I have friends of friends who send me e-mails and call me from all over the world," he said. "Every one of these young women feel that this story is about them. It's absolutely remarkable to be a part of something so widespread. It's a once-in-a-lifetime opportunity."

Heyerdahl's character is a member of the Volturi, a venerable coven of vampires based in Volterra, Italy, whose members also include Michael Sheen and Dakota Fanning.

"He's one of the oldest vampires on the planet, and who doesn't want to play a 3,000-year-old vampire?" Heyerdahl said. "The cast that I get to work with, like Michael Sheen. ... We had so much fun goofing off together. It was an absolute hoot. Director Chris Weitz's version for this piece is like a Renaissance painting. The images were absolutely beautiful, and the character is such a tragic old fellow." (Possible spoilers ahead!) 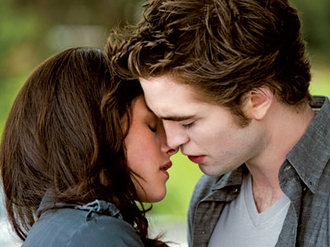 Heyerdahl adds: "Here's how I approach him. When Marcus is brought in, he's there against his will. He and his love tried to leave an awfully long time ago. Through a series of tragic circumstances, the love of his life was killed, and he's now being forced to stay and use his powers for the betterment of the Volturi. He's not exactly there, waking up and looking forward to eternity. When Edward and Bella come walking in, his ability to sense the power of their connection is something that wakes him up, brings him back from the boredom of that eternal life and sparks something in him that brings Marcus as close to excitement as he can get. That idea has to be contained and expressed as little as possible to his rather power-hungry captain-in-arms, Aro, which makes for a rather interesting conflict. You might not know it, but Marcus is pretty darn excited by this love that he witnesses. At the same time, it causes him great pain with the memory of what he had and lost. It was very complex to play, especially when you are doing it with so few lines. It will be interesting to see how it is cut together."

Heyerdahl—who has worn extensive makeup and prosthetics for some of his roles —said that the makeup required in New Moon to transform him into one of the undead was easy by comparison.

"Yeah, they do their best to suck the life out of you, but certainly nothing compared to any of those past prosthetics," Heyerdahl said. "From that perspective, it was pretty easy. The looks they are getting in this film are absolutely fantastic. Everyone looks gorgeous and deliciously lifeless."

Marcus also plays an important role in the fourth Twilight novel, although Heyerdahl hasn't peeked that far ahead yet. "I have left that book alone," he confirms. "I want to leave it until we get closer to the movie. I was talking to Stephenie about it, and she asked if I had read the final book. I said 'Nope, I don't want to read it yet. I want to leave it alone until we get there.' 'Oh, just you wait. You'll love it.' I do know generally what happens, since it is impossible not to find out. And, yes, I've been contracted for the final chapter."

Is Heyerdahl ready to become part of the pop-culture phenomenon? "Well, who knows about that?" he said with a laugh. "We joke we're the old guys on the set, and perhaps I am the oldest vampire on the set. Who knows if the fans are going to care about us? But it's been interesting. We went out for a cast dinner while we were shooting, and it was fascinating to see the masses of people trying to sneak their way into the restaurant or find where everyone would be leaving from. To be a part of something that has been compared to Beatlemania, which comes close to a good way of describing it, it's pretty incredible." New Moon is slated for release on Nov. 20.