New Plan 9 trailer marks latest '9' movie: We explain it all

Today being Sept. 9—or 9-9-09—it seems as good a time as any to note an odd phenomenon this summer: All the movies with "9" in the title. We provide a breakdown after the jump.

The year 2009 also marks the 50th anniversary of maybe the most famous sci-fi 9 movie: Plan 9 From Outer Space, the classic sci-fi/vampire/zombie flick from schlockmeister Ed Wood, which defined the phrase "so bad it's good." Today a new teaser trailer has gone live for Plan 9, a proposed remake, which you can view after the jump.

What's behind the numbers in the 'stitchpunk' film 9?
How Shane Acker's 9 will differ from other apocalypses

Beyond the curious coincidence of having the number 9 in their titles, a couple of the films also share a weird commonality: They are movies by novice directors backed by seasoned filmmakers as producers. 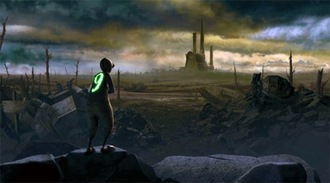 9: Today marks the debut of the animated 9, a post-apocalyptic "stitchpunk" fairy tale.

Who's behind it: Director Shane Acker adapted his own Oscar-nominated animated short. The producers include Tim Burton and Wanted's Timur Bekmambetov.

What's new: It introduced the word "stitchpunk" into film vocabulary. 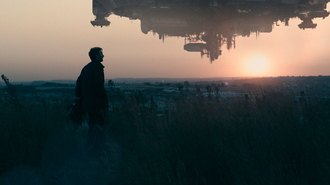 District 9: The sleeper hit of the summer, a sci-fi political action drama set in South Africa.

Who's behind it: Newcomer director Neill Blomkamp, backed by heavyweight producer Peter Jackson.

What's new: It showed that great sci-fi can be made on a budget and doesn't need big stars or a Los Angeles/New York setting to work.

Who's behind it: Darkstone Entertainment and writer/director John Johnson, who purport to do a "serious retelling" of Wood's original story. (Johnson will do a video Q&A at 8 p.m. ET on Sunday.)

What's new: Hard to tell, as the movie's not even made yet, but there's some more realistic zombies and a CG floating alien pod that looks pretty cool. 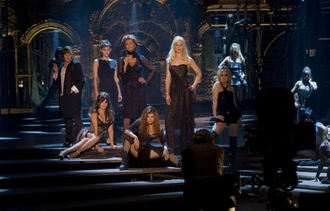 Nine: This isn't sci-fi, but it's got the number in the title and it's coming out this year. Based on the Broadway musical, which in turn was adapted from Federico Fellini's 1963 movie 8 1/2 (confused yet?).

Who's behind it: Don't really care.