Empire magazine has posted a first look at two new posters for Disney's upcoming Prince of Persia: The Sands of Time, which you can view after the jump.

The onesheets feature the newly buffed-up Jake Gyllenhaal and the comely Gemma Arterton; click on the image below for a larger version and follow the link above to find the other poster.

Based on the hit video-game series, Prince of Persia also stars Ben Kingsley and Alfred Molina and is directed by Harry Potter and the Goblet of Fire's Mike Newell. It opens May 28, 2010; look for a preview at this week's Comic-Con International in San Diego. 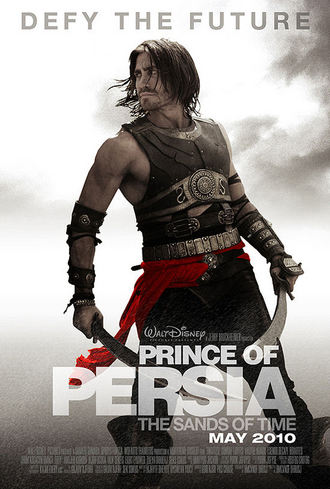