Warner Brothers has released a new onesheet poster and trailer for Robert Rodriguez's new kid fantasy movie Shorts, which you can view after the jump.

From the director of Spy Kids, Shorts is set in the suburb of Black Falls, where all the houses look the same and everyone works for Black Box Unlimited Worldwide Industries Inc. Eleven-year-old Toe Thompson just wants to make a few friends, until a mysterious rainbow-colored rock falls from the sky, hits him in the head and changes everything: It grants wishes to anyone who holds it.

(Click on the image below for a larger version of the poster.) 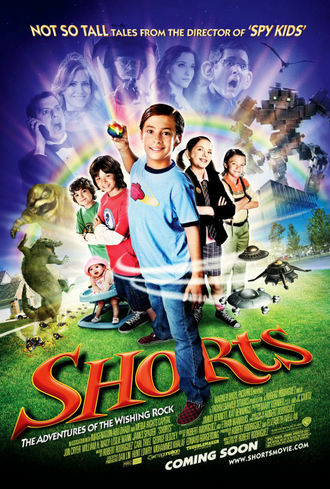