Hasbro unveiled a new look at the robot characters Breakaway, Bumblebee, Mudflap, Rampage, Sideswipe, Skids and Soundwave from Michael Bay's upcoming Transformers: Revenge of the Fallen at the 2009 American International Toy Fair in New York on Sunday. Hasbro had a special room set up just to highlight the toys tied to upcoming sequel film.

Perhaps the most impressive Transformer toy of the show was the huge Constructicon Devastator, which comprises six full-sized vehicles, including Hightower (a crane), Long Haul (a dump truck), Mixmaster (cement truck), Rampage (bulldozer), Scavenger (earth-mover) and Scrapper (a plow). All the vehicles come together in a single set and can be used separately or put together to build the one, huge robotic combination.

Astute audiences and Transformer fans have already caught a glimpse of the mega-sized robot in the latest trailer. The complete figure will be available in August for a suggested retail price of $99.99.

The Transformers movie action figures will be available in three scales: Deluxe; the middle range Voyager; and Leader, the largest-scale series. The Deluxe scale includes 24 characters, while the Voyager series will offer 11 characters, and the Leader series will feature three 'bots, including JetFire and Optimus Prime. 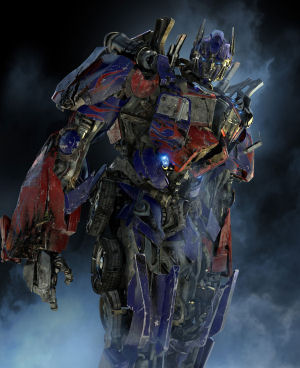 The upcoming sequel film again stars Shia LaBeouf as Sam Witwicky and Megan Fox as Mikaela Banes, along with the Autobot hero and leader Optimus Prime (voiced by Peter Cullen). For the first time, Hasbro will include a human action figure with a Transformer in the "Transformers Movie Human Alliance" collection. 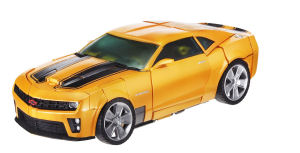