New York Toy Fair: We get a look at the new toys for G.I. Joe: The Rise of Cobra

At the 2009 American International Toy Fair in New York this weekend, Hasbro debuted its extensive line of action figures and playsets inspired by the upcoming Stephen Sommers film G.I. Joe: The Rise of Cobra.

The film—which stars Dennis Quaid as the patriotic Gen. Hawk, Marlon Wayans as Ripcord and Joseph Gordon-Levitt as Cobra Commander—follows the elite military unit's fight against Cobra and its notorious arms dealing.

In the Hasbro G.I. Joe preview room, representatives showed off the massive new lineup of updated G.I. Joe action figures and playsets that are inspired by or are directly lifted from the storyline of the new film. 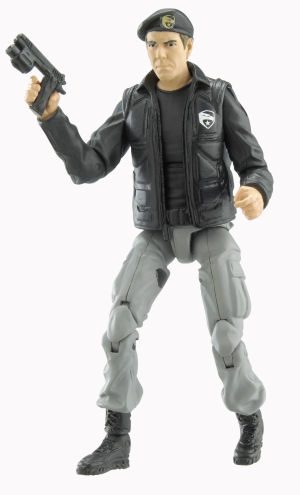 The sculpted 3.75-inch action figures capture the likenesses of the entire film cast and are made to interact with the huge Pit operations playset. The Pit for the last 27 years in Joe mythology has come to be known as the Joes' home base. The three-tiered set includes a Gen. Hawk figure and accessories that define the command team's mission-oriented directives. Hasbro also has 12-inch figures. 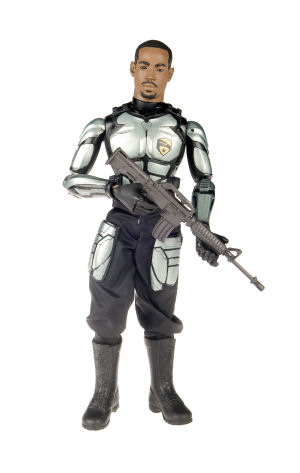 Accompanying this story are images of some of the G.I Joe action figures.