The headlines of 2009 went by in a blur. The astonishing discovery in Antarctica, the bizarre twist in the career of past vice-presidential candidate Sarah Palin, the entire Mustardgate scandal and the complete collapse of the Internet have all come and gone.

But the true highlights, as far as we're concerned, were the sci-fi and fantasy movies that continued to dominate the multiplex during the first year of the age of Obama.

With that in mind, it's time for our roundup of the year's best and worst sci-fi, fantasy and horror films of 2009. 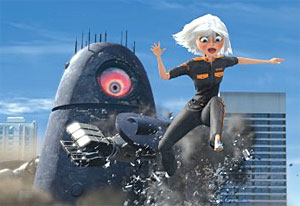 5) Monsters vs. Aliens: The funniest CGI cartoon ever made manages the feat only Pixar's The Incredibles managed before it: a complete hilarious sendup of its genre that also manages against all odds to be a thrilling example of that genre at the same time. Moviegoers had reason to fear betrayal when the first coming attraction sped through a dozen hilarious gags in less than two minutesusually a sure sign that the movie contains nothing elsebut the inventive screenplay provides humor and even heartbreak at the same pace, complete with climactic battle against alien invaders that had adults as well as children forgetting that this was just, you know, a cartoon. 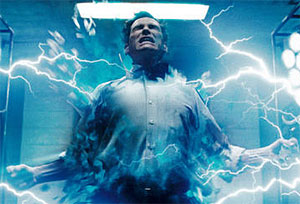 4) Watchmen: The last-minute lawsuit that threatened to derail its release may have made us wish we could send Rorschach and the Comedian into a certain corporation's boardroom to dispense their own brand of rough justice, but the film did open as scheduled, the only real impediment to ticket buyers being the outraged purists who picketed several showings bearing signs with legends demanding to know, "Where's the Squid?" Even with the altered ending, the cranky comments from creator Alan Moore and a streamlined storyline that seemed to whiz by at close to three hourswith more from the graphic novel, like an animated "Tales From the Black Freighter," available on the best-selling DVDWatchmen was a brilliant achievement, nailing the depth of the graphic novel and making what turns out to have been the absolute last word in superhero movies. Special kudos to Billy Crudup for his soulful, spacey performance as Dr. Manhattan. 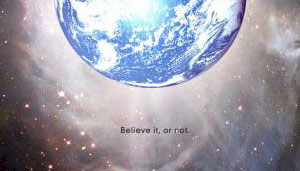 3) Avatar: At times, James Cameron's oft-delayed return to big-budget science fiction seems more spectacle than compelling story, and a couple of the dramatic scenes are derailed by his famous talent for leaden dialogue. But as a technical achievement, and as melding of cutting-edge visual effects with a genuine sense of wonder, this is the space-travel film some of us have been waiting for since, oh, the original Forbidden Planet. The 3-D effects are as flawless as we've ever seen them, and the ammonia-breathing creatures are a marvel, enlivening an age so surfeited with CGI creatures that we thought we had grown bored with them. Plus, it's a geeky kick to see Sigourney Weaver versus hostile extraterrestrials again, even if her character is more supporting player than centerpiece. 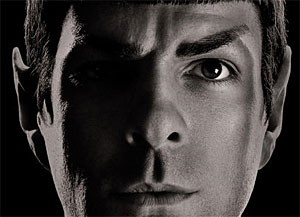 2) Star Trek: Continuity buffs howled. Fans complained. Purists noted the absence of any compelling new ideas and complained that the story could have been transported to any number of other genres or eras without disturbing the basic plot. Critics noticed a couple of gaping plot holes that sped by at breakneck pace. Just about everybody boggled at the prospect of a Kirk who was more hothead than pretentious pontificator. In the end, it didn't matter. Under the able writer/director J.J. Abrams, whose chief advantage in taking the con of the venerable Enterprise was a healthy disrespect for the lore the franchise had accumulated for the past 40 years, the moribund brand found a freshness and a humanity some had feared lost forever. Highlight: Leonard Nimoy's "Old Spock" showing amusement at the brash naivete of young Kirk.

1) The Lovely Bones: Peter Jackson's haunting, elegiac adaptation of the tragic Alice Sebold novel struck many as a departure from his prior special-effects extravaganzas, given that camera tricks are limited to a few brief scenes and the characters communicate in sentences instead of sword thrusts. But as his previous, almost-forgotten stunner Heavenly Creatures demonstrated, he's as adept at stories that hinge on characterization as he is at positioning actors in front of green screens. He might not have scored another hit at the box office, but this nuanced, heartbreaking story, about a little girl murdered by a trusted neighbor whose ghost watches her family live on after her, left the audiences who were adventurous enough to see it stunned and weeping. Saoirse Ronan, who plays the unfortunate ghost, and Stanley Tucci, oozing menace, are both Oscar favorites for 2010.

There was, as usual, no shortage of bad films that rewarded our minimal expectations by not giving us any more or less than we expected of them.

5) Friday the 13th: The wholly unnecessary remake gave us exactly what every other Friday the 13th movie gave us: deaths considerately spaced for audiences who need to know when it's safe to take a snack-bar break.

4) My Bloody Valentine 3-D: Was there ever anybody who expected this to be in the top 99.99 percent of the year's releases?

2) Underworld: Rise of the Lycans: In a perfect world, rise of the audience, from their seats.

1) Imagine That: Another Eddie Murphy family comedy, this one about a busy dad who enters his daughter's fantasy world. As expected, Murphy mugsthe audience.