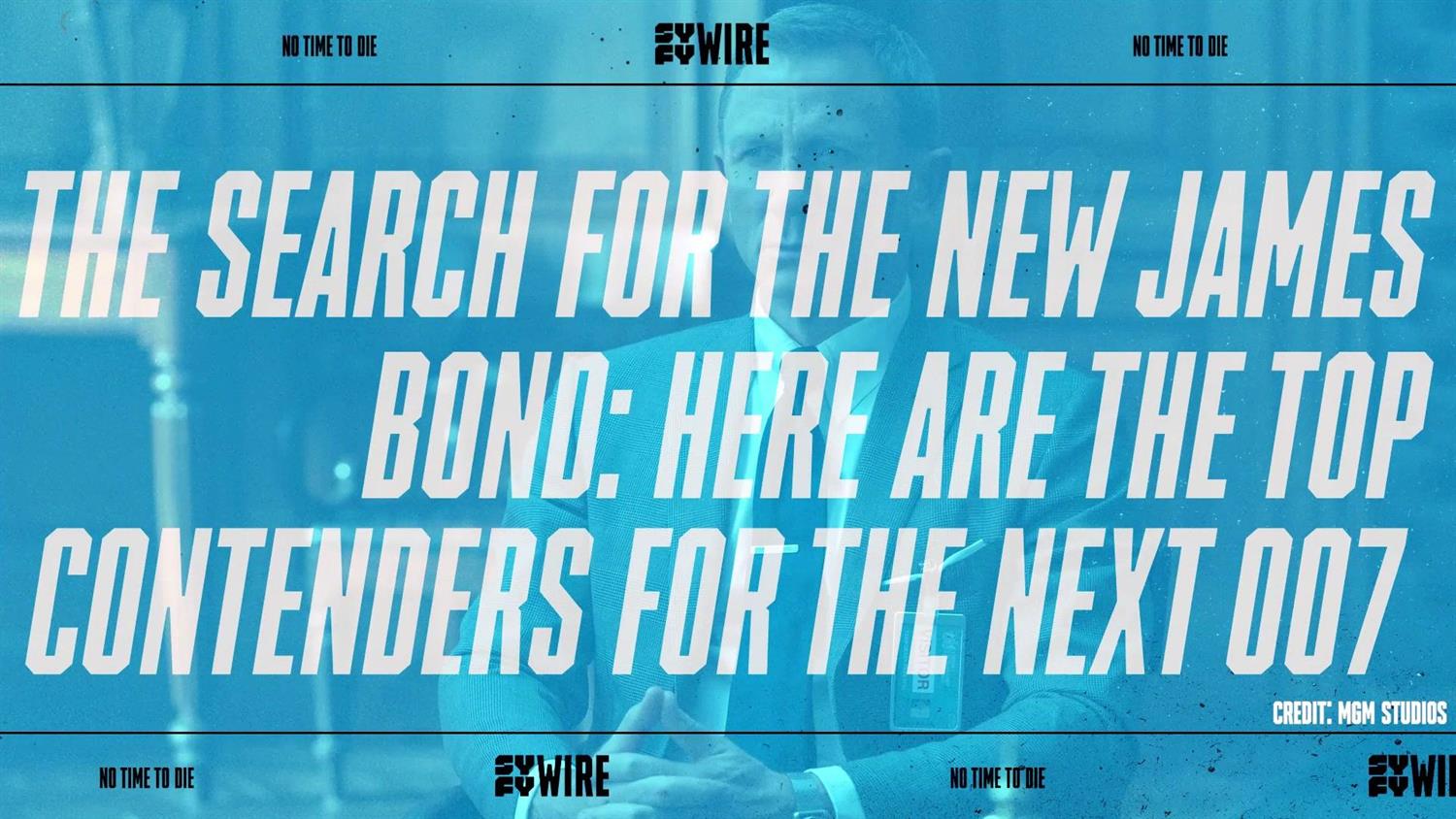 The search for the new James Bond begins in 2022: Here are the top contenders for the next 007

After 15 years, Daniel Craig will hang up his tuxedo, martini glass, and license to kill in No Time to Die. But who will take his place as James Bond? During an interview for the Today news program on BBC Radio 4, longtime executive producer of the franchise, Barbara Broccoli, revealed that the search for next 007 won't begin until 2022 at the earliest.

"We'll keep going," she explained. "Next year will be the 60th anniversary of the Bond films, so we're looking forward to the new chapter — whatever it brings. We're not quite sure at the moment. Right now, we just want to celebrate No Time to Die and Daniel's extraordinary achievement."

When the interviewer stated that the next actor to step into the Bond role has big shoes to fill, Broccoli agreed, while admitting that she's in "total denial" about the whole thing. She went on to clarify that she and fellow executive producer, Michael G. Wilson, are "not thinking" about Craig's replacement "at all" right now.

"We want Daniel to have his time of celebration," she said. "Next year we'll start thinking about the future."

"I can't even think who's even possible [to take on the character after him]," added Wilson when asked if Craig will get a say in casting his successor. "I think Daniel has had an interest in the series, he's changed the series, [and] he's certainly always gonna be a big part of the history of Bond."

With the curtain about to close on the current era of Britain's master spy, fans have openly offered up theories on who will be tapped to take on the incredibly iconic mantle as the series reboots itself once again in the wake of Craig's bittersweet departure.

The two biggest frontrunners — at least in the collective mind of the audience — are Tom Hardy (44) and Idris Elba (49). Their respective ages don't necessarily disqualify them as Roger Moore, Timothy Dalton, and Pierce Brosnan were all in their early-to-late 40s when they first took on the character. For his part, Elba has denied rumors that he's in the running.

Hardy, on the other hand, is the top choice, according to the statistical numbers crunched by London-based betting company, William Hill. "Tom Hardy has been our favorite for sometime and he remains the obvious choice for a like-for-like Daniel Craig replacement,” William Hill spokesman Rupert Adams said in a statement. "That said if they want to shake up the franchise then they could do a lot worse than Rege-Jean Page, and that is where my money is going.”

Page — who recently became a household name via his turn as the Duke of Hastings in Netflix's hit adaptation of Bridgerton — is the second favorite. The actor's star is fast rising in Hollywood, with upcoming roles in the Russos Brothers' The Gray Man at Netflix (which co-stars No Time to Die's Ana de Armas) and Paramount's Dungeons & Dragons movie (which co-stars Chris Pine and Hugh Grant).

However, Page is still just enough of an unknown in the world of entertainment, which has been a common trait among new Bond actors. A greater sense of professional anonymity means audiences won't come into the film with weighty baggage/expectations, thus giving the actor room to breathe and make the character their own.

The 31-year-old Page shares William Hill's second spot with James Norton (36), a veteran of shows like Doctor Who, Black Mirror, and McMafia. Rounding out the company's Top 5 picks are Elba (The Suicide Squad); Luke Evans (the Beauty and the Beast), currently the same age (42) Brosnan was when he made GoldenEye; and Henry Cavill (The Witcher), currently the same age (38) Craig was when he made Casino Royale.

Then you've got the possibility of a female Bond, though the idea has already been shot down by both Broccoli and Craig on two separate occasions. Nevertheless, the odds are not entirely zero. "In 2015 we offered 1000/1 that the next 007 would be female, we are now just 11/2,” Adams said. “Clearly our customers now think it is a real possibility.”

If an actress does end up playing 007, William Hill has its money on two choices: Lashana Lynch (Captain Marvel) and Suranne Jones (Vigil). Lynch, of course, is the obvious choice because she appears in No Time to Die as Nomi, a history-making 00-agent of color. It's even rumored that she inherits the title of 007 when James retires to Jamaica, but a confirmation on that front is still elusive. Even if Lynch doesn't go by the codename of 007 at the beginning of the story, she's still perfectly-suited to take it on at the very end.

Broccoli dodged the question entirely when the subject was broached by Today. "She is a 00," the producer said. "You will see how she deals with being a 00 and how he she deals with a retired 007. They have a lot of fun and they have a really interesting relationship and conclusion to their relationship."

No Time to Die opens in U.S. theaters Friday, Oct. 8. The film will enjoy its world premiere tomorrow evening (Tuesday, Sep. 28) at London's Royal Albert Hall. Click here for our guide on everything you need to know before the movie opens.