Has it really been only six years since Peter Jackson felt he had to make a point of thanking the Academy for seeing "past the trolls and the wizards and the hobbits" when he picked up his trophy as Lord of the Rings: The Return of the King won its Best Picture Oscar?

How times have changed! Today Hollywood saw past blue aliens—and the South African ones, too—and no one was even surprised about it.

If Avatar or District 9 manages to walk off with the big prize this year, Oscar night will have delivered its greatest sci-fi moment ever. Until then, check out these 10 other great sci-fi moments. (We're unable to embed the video, but just click on each entry's link to watch.) 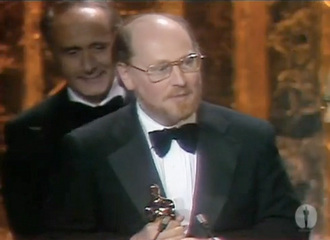 John Williams wins and loses an Oscar at the same time when his Star Wars score does an Imperial March all over his Close Encounters of the Third Kind score. 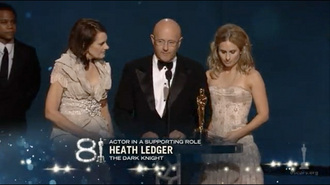 Heath Ledger pulled off what had formerly been thought impossible—winning an acting Oscar for a comic-book role. Unfortunately, tragedy struck, and it was up to his family to accept the trophy. 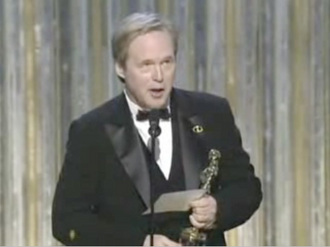 Brad Bird gives a shout-out to Steve Jobs in his acceptance speech—which probably means that though the rest of us don't have iPads yet, Bird probably does. 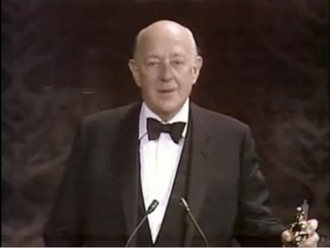 The role of Obi-Wan Kenobi was but one of many in the long and distinguished career of Alec Guinness, but still, we'd like to think it was the Force that put that honorary Oscar in his hand.

Christopher Reeve at the Oscars 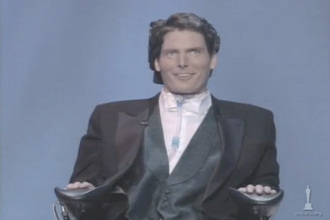 When Christopher Reeve appeared to explain that films can "present painful but important issues to the public," he proved himself a Superman onscreen and off. 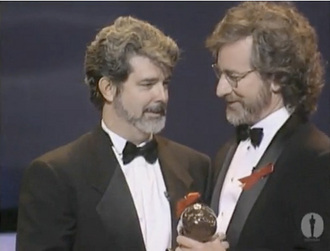 Who better to present George Lucas with the Irving G. Thalberg Memorial Award than his old friend and frequent sci-fi collaborator, Steven Spielberg? 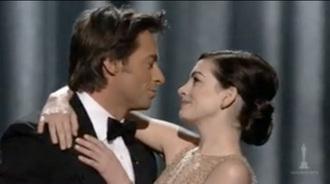 Hugh Jackman proves that Wolverine is always the best at what he does, even when what he does is sing and dance about The Dark Knight and The Curious Case of Benjamin Button.

Peter Jackson wins the Best Director Oscar for The Lord of the Rings: The Return of the King 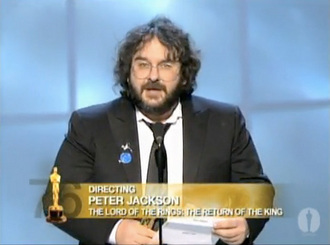 Peter Jackson wins for directing The Return of the King, which makes the next award on this list almost inevitable.

The Lord of the Rings: The Return of the King wins for Best Picture 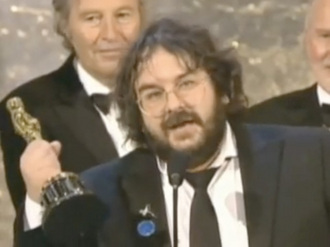 Peter Jackson returns to the stage with Fran Walsh and Barrie Osbourne as The Lord of the Rings: The Return of the King wins for Best Picture, while hoping that "fantasy's an F-word that hopefully the five-second delay won't do anything with." 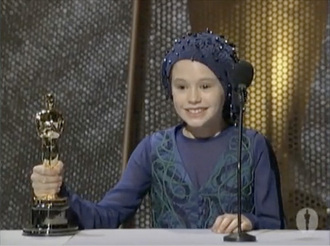 Yeah, we know, we know! There was nothing at all sci-fi about Anna Paquin's role in The Piano. But the 11-year-old future Sookie Stackhouse is so cute, we couldn't resist!