Once returns big, Merlin starts strong and 14 other genre shows

Our genre TV lineup is almost back in full force as 2012 really gets rolling. Several more shows returned this week, and we added a new program to our lineup with the U.S. premiere of Merlin's fourth season. The biggest and best news, though, was Once Upon a Time, which bounced back in a big way after big losses in last year's final episodes.

We've also got new numbers for The Vampire Diaries, The Secret Circle, Supernatural, The Clone Wars, Chuck and A Gifted Man.

We're still not hearing anything very encouraging about a second season of Terra Nova, but we do know that FOX needs to make a decision soon. If you're a fan, now's the time to get those fingers crossed.

There's no mystery about American Horror Story's future. Its network wants it back in a big way, and all we have to do is wait to see what season two will bring.

The Big Bang Theory is back with new episodes this week. Expect it to continue its reign of dominance on Thursday nights.

Person of Interest is also back this week, and there's no reason to think that it won't be continuing the strong numbers of the first half of its debut season. 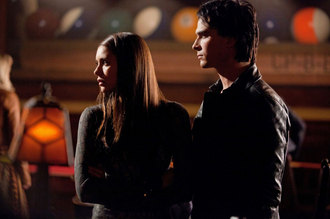 The Vampire Diaries had been off the air for nearly two months when it returned last Thursday, and the big question was whether it could continue to hold, or even makes gains in, the numbers it was achieving when it left. It definitely didn't disappoint. The show kept up its streak of episodes with 3 million plus viewers, and even picked up 100,000 more viewers than its midseason finale managed. 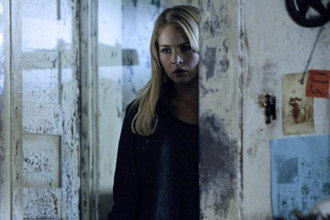 The Secret Circle also returned from a lengthy break last Thursday, but it actually lost a few viewers from its midseason finale. Just a few, though, and it held on to its rating and share scores and managed to stay above the 2 million viewer mark. It's not the successor to The Vampire Diaries that The CW hoped for, but it's far from a dead show. 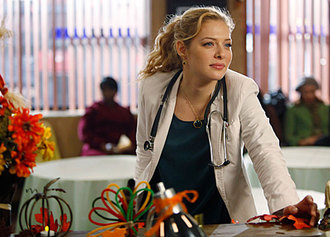 A Gifted Man returned Friday with a slight leap in numbers, picking up 300,000 viewers, two tenths of a ratings point and a share point. But it likely won't be enough. It looks like something much bigger is needed to convince CBS to keep this show going at this point. 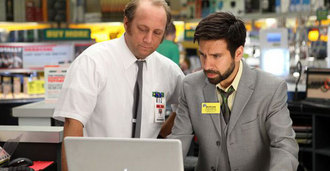 With four episodes left until its series finale, Chuck also got a little numbers jump this week, picking up a tenth of a point in the ratings and a little more than 100,000 extra viewers. We know the show is bowing out, so the numbers are really just a matter of record, but it's nice to see that the series is maintaining its core fans until the very end.

Fringe is back this Friday, and it might be the last time it returns. The execs at FOX don't seem to have heaps of confidence about the show, and even Joshua Jackson seems resigned to Fringe's fate. Still, we've got a whole half season to get through yet, and the show's future isn't completely without hope.

Grimm is also back next Friday, and its future could be shaky if its numbers don't improve. Still, for a Friday night show on NBC, it's not doing all that bad. A few more viewers this year would help, though. 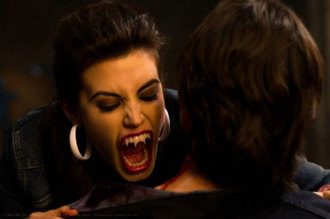 Supernatural returned for 2012 with roughly the same viewership as its midseason finale. It lost a few viewers but maintained its share and actually picked up a tenth of a point in its demo rating. It's not a spike, but it's definitely not a drop, and that's good news. 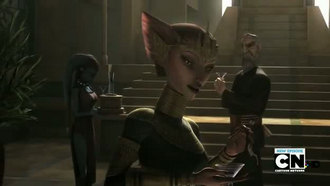 Clone Wars was back Friday for its first episode in more than a month, and it managed to hold on to the numbers that it ended 2011 with. In fact, it held on to them almost exactly, picking up 20,000 viewers and maintaining its share. Hopefully the numbers will grow as the season continues, but this is definitely not a shabby start to the year for this show. 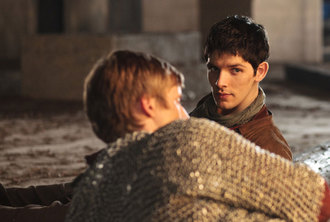 Though it missed the mark set by its third season finale by about 300,000 viewers, Merlin still managed to open its fourth season strong Friday night, picking up 300,000 more viewers than Sanctuary had in the same timeslot the week before. No dramatic numbers leap, but this show has a hold on a very steady viewership going into its fourth year on U.S. television, and that's a good sign.

The Walking Dead won't be back until February, but there's no reason to expect less stellar performance in 2012. All we have to do is wait. 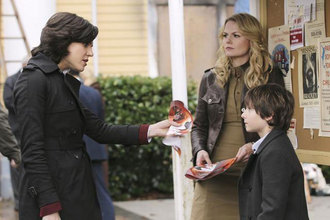 The big question as Once Upon a Time returned Sunday was whether it could stop the downward slide it was in at midseason finale time. Well, it did, in a big way. The show's first episode of 2012 was up nearly 1.5 million viewers from the midseason finale, and gained almost a full ratings point. And this was on a night when more than 40 million people were watching football on NBC. It's not the top scripted show on Sunday nights anymore, but Once Upon a Time is definitely proving it has at least a little staying power.