Jaume Collet-Serra, director of the upcoming horror film Orphan, told SCI FI Wire that he elected to return to the genre because David Johnson's script offered new twists to a familiar story.

"The characters were well written and well-rounded, and that was very rare," Collet-Serra said in an exclusive interview at the Fangoria Weekend of Horrors in Los Angeles last weekend. "After House of Wax, I obviously had a lot of scripts thrown my way, and I turned them down because I just thought it was a repeat. I want to be a prolific director, I want to touch every genre. This one, I felt like it was more of a thriller, and if I had to pick a genre, that's the genre that I like the best. [The story] had a twist that I didn't see coming, which is rare; with so many scripts, you already know what's going to happen, and this one I didn't see it coming and that appealed to me."

Orphan follows a husband (Peter Sarsgaard) and wife (Vera Farmiga) who adopt a third child (Isabelle Fuhrman) only to discover that she harbors mysterious and potentially deadly secrets. Collet-Serra spoke to SCI FI Wire exclusively after his panel at Weekend of Horrors, where he appeared alongside writer David Johnson to screen clips of Orphan and talk to fans about the film. The following is an edited version of that interview. Orphan opens July 24.

Is there more or less pressure on you as a director creating something original instead of helming a remake?

Collet-Serra: It's easier if you take a movie that has no predecessor of any sort. It's more gratifying. I did House of Wax, which is a re-imaging of a concept, [and] Goal 2, which is a sequel where I inherited a storyline and actors. So this was very freeing and more gratifying. Now doing something original is easy; that's why I do what I do, but, like I say, the script was close to perfection.

There's obviously a firmly established canon of these kinds of films. Does that provide you with a creative context to work from where you can exercise your individual creativity?

Collet-Serra: A film needs to bring something new to the table, or else why would you pay to watch a film that you've already seen, right? So it's almost like there's a language, certain cliches that are associated with the subgenre of evil kids, so those are unavoidable. You can choose to ignore them completely, but you're probably not going to be successful; if they were successful once, it was for a reason. So what I did was to play with the cliches, play with the expectations of the audience knowing that the audience already is expecting that to happen and then sort of set up the cliches and then pay them off differently to make them more fresh. At a certain moment, the movie evolves and becomes more than what people expect, but, yes, in the beginning of the movie, I had some fun with the cliches and I offered them to the audience giving them a new twist. 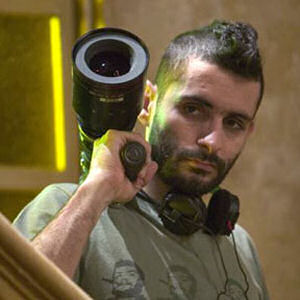 What were the qualities that you were looking for this young actress to have to play Esther, and what was it about Isabelle Fuhrman that made her right for the role?

Collet-Serra: With child actors it's very different than working with a regular actor. With a regular actor, you're obviously looking for a more complex collaboration. The script can be rewritten a little bit for the actor, the actor will offer certain ideas about their character, but a kid will not do that. A kid will just learn the lines and deliver the lines, so you just have to look at the kid, who she is, and see how she fits in the role and then get to know that you can work with that material that you get. It takes a lot of time, and it's a long process to get them to understand not only what they're saying, but why they're saying it, how they want the other person in the scene to feel when they're saying it. It's very complex, but in the case of Isabelle, she has absolutely raw talent. She is a completely different person than the Esther character, but, at the same time, there is an intensity to her that was mind-blowing. Like when she says something, she doesn't need to overact, she doesn't need to oversell. You believe what she's saying, and that was the basis of a good actor. Kids are sponges; she had to learn all of the lines, she had to learn the accent, she had to learn sign language to communicate with the little girl, and she had to do some stunts and things. She was just incredible; I mean, a lot of the things I could not do.

When you came into this, was there a predetermined style, be it gothic or visceral, for example, and what did you want to bring to this story visually?

Collet-Serra: The movie could have gone in different ways stylistically. The locations sort of offer a style already, and the fact that it became winter while we were prepping, the script was written for the autumn, so we had to make some adjustments for the winter. That originally was a bad thing, because it's very difficult to shoot in cold weather, but it became a great canvas. Winter is such a great season for horror movies because it's isolation and cold and all that. So what I wanted to was something different than House of Wax, where the characters are not very well-developed, and they cannot be well developed because you're going to kill them immediately. So visually you have to offer a lot more eye candy so it's watchable, basically. In this one, I wanted something very simple; I wanted the characters to speak for themselves. I wanted to let the characters speak in a very simple visual style, but as the movie evolves, so does the style. The movie becomes more complex and more interesting, but the style—there was not requirements that came down from the studio.