The fall shows are heading into the home stretch and hoping to wrap up their seasons with a bang these days, while the new spring shows are often struggling to stay alive amid the competition.

Among the fall shows, Person of Interest continues to impress, setting a series record this week, while spring shows Awake and The River seem to be fighting to hold on to every viewer they can. 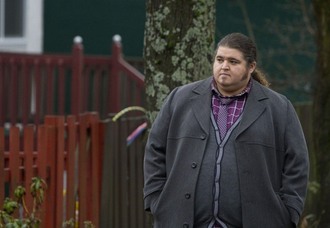 The above number is an average for the two separate episodes of Alcatraz that aired last Monday. One episode was a bit higher than this, and one a bit lower, but either way the show is still in decline. The drop in viewers seems to be leveling off at this point, but the series is still nearly 5 million viewers off from where its series premiere was less than two months ago. And in terms of rating, the show lost both its timeslots to ABC, CBS and NBC shows, and those CBS shows were all repeats. There's a lot of speculation that Alcatraz could be next on the Fox chopping block, even before the perpetually struggling Fringe. Numbers like these make that seem very possible. 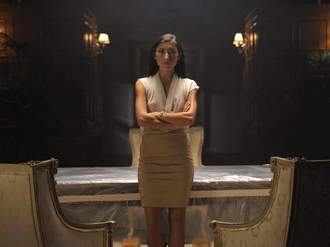 Being Human basically broke even in viewers this week, but gained a tenth of a ratings point. That keeps it on par with its performance this time last year, and with any luck it could start climbing again by season finale time next month. 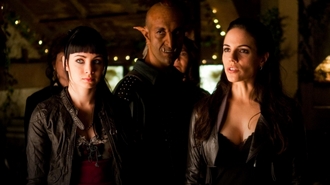 After suffering a series low in viewers last week, Lost Girl bounced back with its eighth episode and gained a tenth of a ratings point. It looks like this show's going to keep hovering around the million viewers mark all season, which isn't bad. The closer it gets to Being Human's ratings, though, the safer it'll be.

Terra Nova's done at Fox, but it might not be over yet. We'll keep you posted. 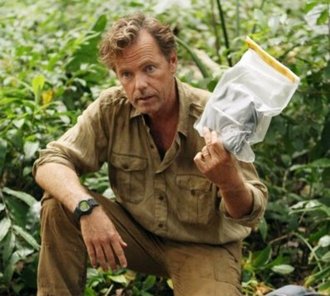 For the first time in its short history, The River posted a gain last Tuesday. Its fifth episode picked up almost 200,000 viewers, but broke even in rating and share scores. A gain is never bad, but when a show is struggling like this one, spikes this small don't cut it.

Touch returns this week with a second airing of its premiere episode (which had a very successful preview in January) Thursday, then becomes a series proper when its second episode airs next Thursday. Right now Fox is crossing its fingers that the 12 million people who watched the preview are interested enough to return. If it succeeds, Touch might be the only new drama Fox decides to hang on to this season. 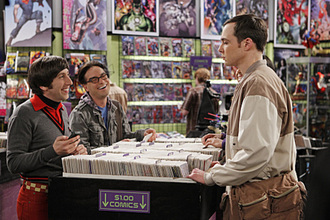 It was kind of an odd week for The Big Bang Theory. It won the night in ratings, finished two tenths of a point ahead of American Idol, but actually came in third in viewers with its least-watched episode since Dec. 8 of last year. Still, 15 million viewers isn't too shabby at all, and a ratings win is a ratings win. 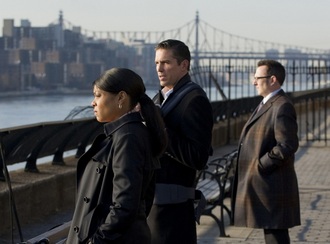 Person of Interest had the biggest night of its life so far Thursday, earning the most viewers in series history by more than 600,000. It also won its timeslot and came in fourth in ratings overall, finishing behind Big Bang Theory, American Idol and a Big Bang Theory repeat. This show is becoming a positively dominant drama.

The Vampire Diaries was off again last week. New episode this Thursday.

The Secret Circle will also return with a new episode this Thursday. 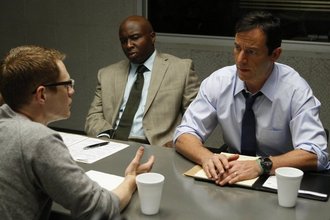 Its first episode performed only moderately well, and now Awake could be in trouble after week two. The second episode lost nearly 2 million of the premiere's viewers, along with four tenths of a ratings point and a share point. It finished second in its timeslot, where it got creamed by The Mentalist and only barely beat out a repeat of ABC's new show GCB. It's not enough to put Awake to sleep yet, but it's not a good sign.

Fringe is in the midst of a break. It returns next week. 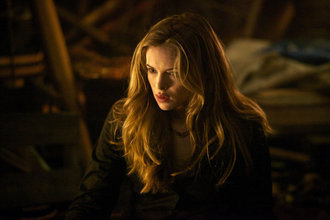 Grimm fell back a bit this week, but it remained competitive. It finished second in its timeslot in rating, and finished fourth on the night overall. Compared to other Friday night genre shows, that's not bad at all.

Supernatural is still on break. Be on the lookout for a new episode Friday.

Sadly, the first part of the two-part Clone Wars season finale (and the much-hyped return of Darth Maul) did not bring with it higher numbers, but it didn't bring lower ones either. The show virtually broke even this week, but hopefully the Maul hype will mean a bigger audience for part two on Friday. 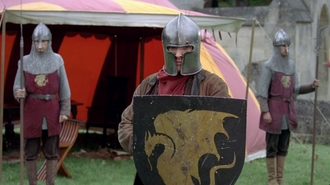 Here's another show that virtually broke even week to week. Merlin is still going strong for Syfy. 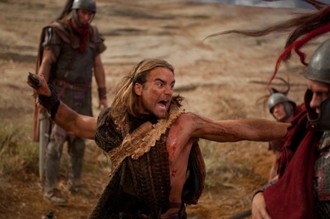 Spartacus gained a few viewers and one tenth of a ratings point Friday night, maintaining its consistent success this season for Starz. 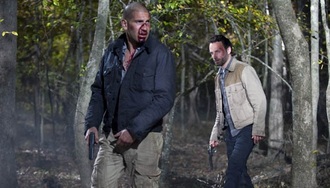 The penultimate episode of The Walking Dead's second season brought predictably strong numbers for the show. It hasn't dropped below 6.5 million viewers in nearly four months, and it continues to rule Sunday night cable. The big question, though, is whether the season finale can pull in more record-breaking numbers for AMC. 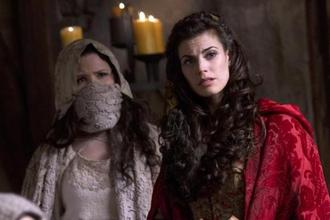 Once Upon a Time took a big drop this week for its least-watched episode in a month, but that still wasn't enough to take it off the top slot among Sunday night dramas. It also tied The Amazing Race for top-rated program of the night, so even with those lost viewers, there's not much to complain about.