Pics: Check out the 13 sexiest sci-fi stars at the Emmys

Hollywood's greatest—and hottest—stars turned out for the 61st Primetime Emmy Awards in Los Angeles last night, and several of sci-fi's finest even took home trophies. But whether they were presenters, nominees, or one of the lucky winners, they shared one thing in common—they all looked great!

Check out some of sci-fi sexiest men and women after the jump. 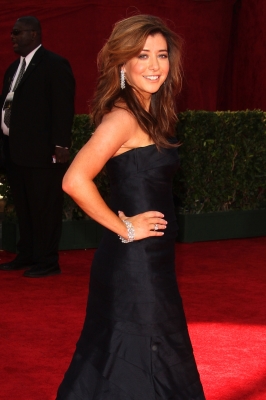 Buffy the Vampire Slayer's Hannigan later took the stage to present the Emmy Award for Outstanding Writer For a Comedy Series.

Harris ruled as host and even made an appearance as Doctor Horrible along with Sing-Along Blog co-star Nathan Fillion.

Her series may have been cancelled, but Chenoweth ended up a winner when she took home a Best Supporting Actress Emmy for her role in Pushing Daisies. 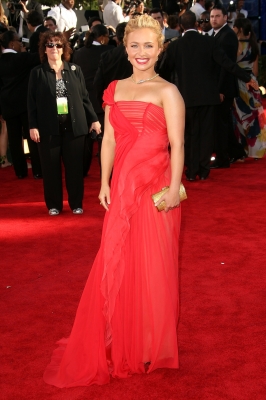 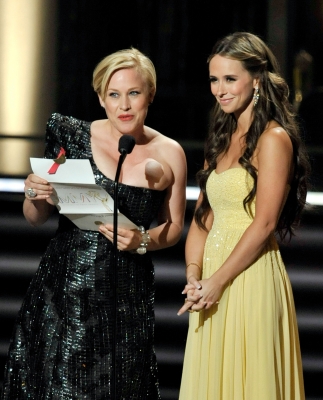 The psychic stars of Medium and Ghost Whisperer had a chance to read each other's minds while presenting the award for Best Writing for Movie/Miniseries. 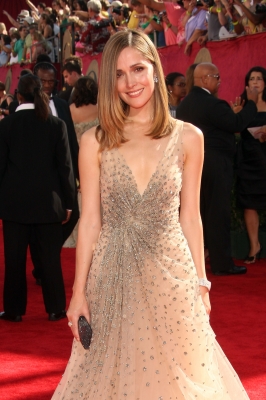 The Sunshine and 28 Weeks Later star arrives at the Nokia Theatre. 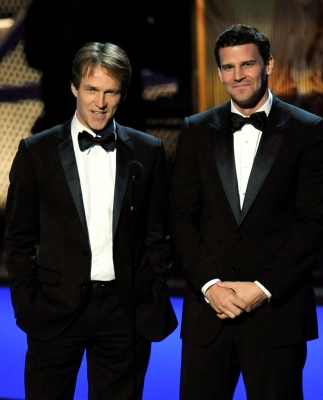 The vampire hunks of True Blood and Angel teamed up to present the awards for Guest Actor and Actress. 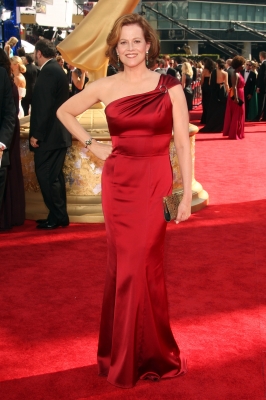 Hours after walking the red carpet, the Alien star would present the final award of the evening to Mad Men for Outstanding Drama.

If you want to see more photos from the Emmys, check out our friends over at accesshollywood.com.