So most of us subscribe to the Lugosi interpretation of Dracula, yes? Images of slicked, black hair, piercing eyes and capes are dancing in your head, right? Well, think again, friend.

Why do so many Dracula adaptations screw over Lucy Westenra?
The best, worst, and weirdest adaptations of Dracula

From the actual original description:

"A tall old man, clean shaven save for a long white moustache...His face was a strong, a very strong, aquiline, with high bridge of the thin nose and peculiarly arched nostrils, with lofty domed forehead...His eyebrows were very massive, almost meeting over the nose, and with bushy hair that seemed to curl in its own profusion. The mouth, so far as I could see it under the heavy moustache, was fixed and rather cruel-looking...For the rest, his ears were pale, and at the tops extremely pointed. The chin was broad and strong, and the cheeks firm though thin...The blue eyes transformed with fury."

At last Bram Stoker's legendary creature of the night can be seen for what he truly is—thanks to the power of SCIENCE! 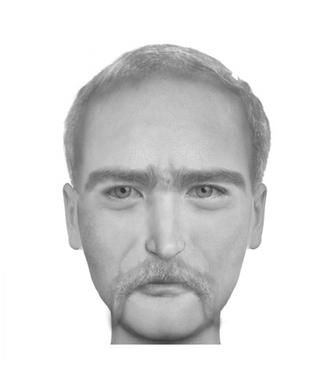 Well, that's just ... incredibly underwhelming. Old McVladdy looks like he's one straw hat away from a lifelong career in field plowing and animal husbandry. That or he's a Brooklyn hipster vamp who's going to get you drunk on the moonshine he made in his crypt. Either way, that mustache is gonna tickle your neck something fierce when he's drinking your blood.

(via The Daily What)