Sanctuary gets a spike, Chuck takes a hit and 13 other genre shows

We're in that odd time between the midseason finales and the return of a full TV schedule, but there are at least a couple of shows that didn't let up even in the midst of a holiday season. Chuck lost a few viewers this week as it marched toward its series finale, while Sanctuary picked up a small but significant numbers spike as it closed out its fourth season.

Meanwhile Terra Nova and American Horror Story are at the end of their first seasons, and we prepare for the return of The Vampire Diaries, Supernatural, Once Upon A Time and more.

We're still not sure if we're getting a second year of Terra Nova come fall, but the first season still held on to decent numbers for most of its brief run.

American Horror Story is also done with its first season, and it's faring much better than Terra Nova with its network. Season two is already on the way, and the first season consistently ruled Wednesday nights.

The Big Bang Theory is back Jan. 12. In the meantime its repeats—including the syndicated run on TBS—are pulling in strong numbers every week. No mystery about this show's future.

Person of Interest is also back on Jan. 12, and it's one new show that will probably be around for a while. It's a solid part of the CBS Thursday-night powerhouse, with no fewer than 11 million viewers each episode, and usually a good deal more.

After a break that started way back in November, The Vampire Diaries kicks off 2012 with new episodes this week. Ratings were climbing when we left it, but we'll see if the two-month break deadened this show's momentum.

The Secret Circle is also back this week, and it's also hoping to continue to post gains as the second half of its first season gets rolling.

New episodes of A Gifted Man are back this Friday, but it might not matter. This is looking very much like a one-season show. 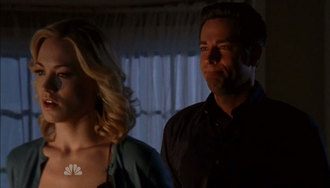 Chuck has only five episodes left before signing off forever, and if this week's numbers are any indication, it might be bowing out in decline. Friday night's episode was the least-viewed of the season so far, and none of the episodes have seen very good numbers. It might not mean much to the loyal fans who will watch anyway, but with any luck this show can gain a slightly bigger audience when finale time approaches.

Fringe is back Jan. 13 with new episodes, and it might be in for a major fight. It's not certain to be canceled at all, but its numbers definitely need to perk up.

Grimm is also back Jan. 13, and it's another show that might be in a fight for its life. The numbers aren't dismal, but they're definitely not in the safest place. Hopefully 2012 can put some stability into this show.

Supernatural is back this week for the first of its 2012 episodes. This season has been a little rocky, ratings-wise, so hopefully the new year can bring with it some more stable (and higher) numbers.

Clone Wars returns this week as well, and it too is hoping for more stability and higher numbers in the new year. 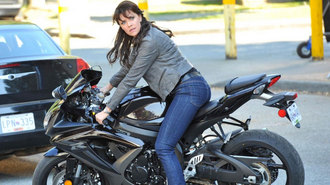 Sanctuary finished its fourth season with a jump in numbers. It maintained its ratings score and jumped more than 100,000 viewers, and this on a night when college football ruled the cable airwaves. It's not stellar, but hopefully it's enough to bring on a season five.

The Walking Dead won't be back until February, but there's no reason to expect less stellar performance in 2012. All we have to do is wait.

Once Upon A Time (ABC) - REPEAT

Once Upon A Time is back this Sunday with new episodes, and it's hoping to curb the numbers slide it was falling into when it left for 2011. It's not in any danger at the moment, but if it can't stop that slide it very well could be.