Pushing Daisies rises from the dead. Sort of

If you were a fan of ABC's canceled Pushing Daisies, you know it centered on a lovelorn pie maker who could raise people from the dead.

Well, looks like the show itself is rising from the dead. Sort of.

REVEALED: Sarah Silverman was almost a Star Trek: Voyager regular
Bryan Fuller: How Pushing Daisies ends—and how it was supposed to end

"Bryan's doing a graphic novel," McBride said in an interview last week in Pasadena, Calif., where he was promoting his new Fox TV series Human Target. "He sent me a couple pages. It was off the hook. It's really good."

The story of the graphic novel makes liberal use of the show's re-animation concept. "Well, it's a whole thing about a whole bunch of corpses coming to life," McBride revealed. "That's all I know so far, but Bryan was kind enough to share the first few pages. It really looks good."

Tonally, McBride said Fuller has given the graphic novel more edge than he could on prime-time television. "It seems a little darker, which is a lot of things that Bryan couldn't do," McBride said. "There's one particular story that I hope he does called 'The Head.' I wished he could've done it during the series. It was awesome." 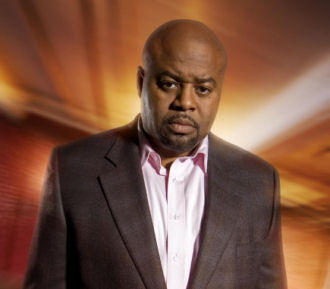 The show was noted for its surreal visual style, with dandelion cars and pie-shaped restaurants. McBride said it translates well into comic form. "Yeah, it does, but I haven't seen it completed, so I want to see how it comes out. [It's] pretty cool, pretty cool. It's kind of fun to have that down there, because that's around somewhere for all time, just like TV."

McBride added that the graphic novel serves as a good reward to the viewers who stuck by the show, even though there weren't enough to keep it on the air. "It is tough to let go of something you really like," McBride said. "We had an extremely loyal fan base, so I'm glad they're going to be able to get something to continue on and more so, wrap up the continuation of these characters' lives."

We're stoked! Will you be reading it?