Star Wars may have started as a wild idea in the mind of a young George Lucas, but it was the concept art of Ralph McQuarrie that became the foundation for the world built around that story. That same art is a visual reminder of how the story of "The Star Wars" became Star Wars and the many changes that happened along the way.

If you look at McQuarrie's original art, you'll see a very different version of some of your best-known heroes. Most notably, young Luke Skywalker was originally a young woman named Luka Starkiller. But that's not where the changes end. Han Solo was originally supposed to be a green, reptilian alien, Chewbacca looked more like a bipedal lemur, and Stormtroopers originally had lightsabers.

That concept art is what inspired students at the Digital Animation and Visual Effects School in Orlando to create a short trailer based on McQuarrie's art. The students at DAVE used their talents to bring Luka Starkiller, the burly Han Solo (a later concept), and Chewbacca to life as they were originally imagined to give us an idea of what Star Wars might have been.

As the story changed, so did the concept art McQuarrie created, but his original art still influences the Star Wars universe to this day. Star Wars Rebels' Lasat Zeb Orellios bears a striking resemblance to the original Chewbacca, baddie Azmorigan looks a lot like Jabba once did, and McQuarrie's Metropolis inspired C-3PO even shows up in an episode.

You can see his influence in the prequels, as well, and likely will see more of his style as more new Star Wars stories are created. 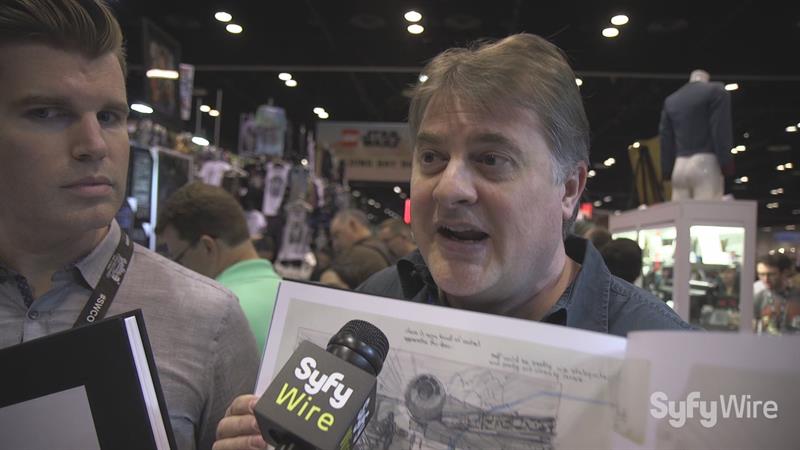