Rating the new Heroes: Who we love and who we hate

We're six episodes into Heroes' likely last season, and, as usual, we've met a host of new characters, some with abilities and some without. Some of them show promise, others ... not so much.

But we've seen this before. Heroes has a history of introducing characters that we either loved (like immortal Adam Monroe) or hated (remember the sad state of the season-two characters, especially the virus twins, Maya and Alejandro Herrera).

This season, it's been a long, slow road to getting on with the story, as some of our heroes fiddle around trying to figure out what they want to do with their lives. We could handle one having a life crisis, but does almost every hero have to have one right now?

Samuel Sullivan is head of The Sullivan Bros. Carnival, and he has the ability to manipulate earth and other minerals with his mind.
Rating: 10 out of 10 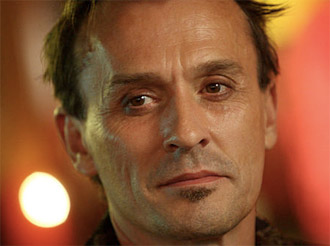 Played by Robert Knepper
We Love: The sadness he showed when he asked time/space traveler Arnold to send him into the past one more time.
Nastiest Deed: Pulling his childhood residence into a sinkhole and letting people die.

There's no doubt about it. Samuel Sullivan is one of the best recurring Heroes characters ever. He's evil and loving and complicated and more than a little psycho. He'll do anything to protect his people, as long as they don't cross him. They love him and are terrified of him. If this season works, it's going to be because of Samuel, and Knepper is perfect in the role. 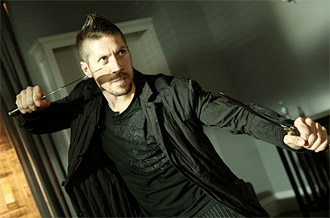 Played by Ray Park
We Love: That he wants to be a better man.
Nastiest Deed: Taking out anyone Samuel tells him to with his deadly knives.

When Samuel talked about redemption, Edgar took it seriously. He doesn't want to kill anyone. He'd like to be one of the good guys. Unfortunately, Samuel's got revenge in his heart and Edgar is the perfect tool to get his bidding done. And then there's the latest addition to the carnival family, Sylar. Edgar's more than a bit jealous to see Sylar's gotten on Lydia's good side.

Joseph Sullivan, deceased brother of Samuel.
Rating: 8 out of 10 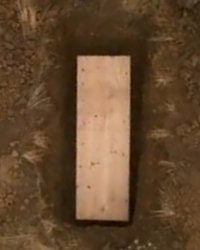 Nope, we've never met Joseph, but his death has certainly done interesting things to Samuel. We're betting Joseph will show up in one form or another to give us the full story of what revenge Samuel is really looking for. And maybe we'll find out how and why Danko ended up with the People-With-Ability-Detecting Compass. Maybe.

Lydia, the tattooed lady. She shows you what you need to know through tattoos on her back.
Rating: 7 out of 10 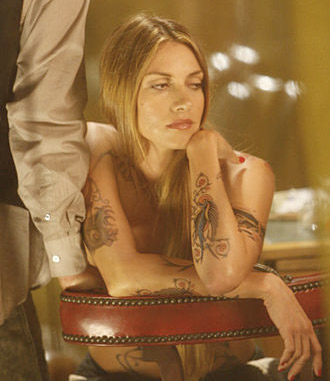 Played by Dawn Olivieri
We Love: Her beauty and her touch of sadness.
Her Best Asset: She's willing to tell Samuel things he doesn't want to hear.

Lydia seems to both love Samuel and be afraid of him. She goes off with Sylar at Samuel's direction, to help draw Sylar further into the family. During Heroes' commercials we've been introduced to a story called Slow Burn, which is continued online and involves Lydia's attempts to contact her daughter Amanda.

Becky Taylor or Invisible Sorority/Carnival Chick. She calls Samuel her uncle.
Rating: 7 out of 10 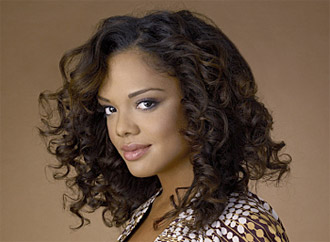 Played by Tessa Thompson
Becky Is: The best surprise of the season.
Nastiest Deed: Pushing Claire's roommate, Annie, out the window.

You've got to love an invisible girl with murder on her mind. Strange things were happening around Claire, and the mystery could have dragged on for a long time. However, we discover that Becky is responsible for killing Annie and making it look like suicide. Annie was so annoying we think she deserved to die. We loved this little plot twist, which firmly pulled the carnival and heroes stories together in a terrific way. And it looks like Becky's going to be busy in tonight's episode, "Strange Attractors," which features Claire and her new roommate, Gretchen, going through Hell Week with the sorority, literally.

Minor Carney Characters with Abilities.
Rating: 6 out of 10

While we don't know much about the second string of the Sullivan Bros. Carnival players, they add to the atmosphere. We especially like Arnold, who is dying. 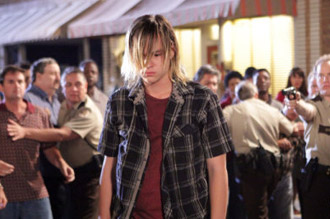 Played by Mark L. Young
Worst and Best Move: Accidentally killed his parents by sucking the life force out of them and later shot Peter. Then he saved Peter, who got his healing ability.
We Hate: He's a character who will never have an impact on the story.

Most likely we won't see a lot of Jeremy in the show's future, now that Peter can heal (in fact, think how many people Peter could save just going around hospitals and touching everyone who's sick). It was an interesting turn for Noah to FINALLY figure out what he can do with his life (and no, we don't know what happened to the new Company he was supposed to start after last season). It is nice to see what can happen when someone with abilities doesn't learn how to use them properly. 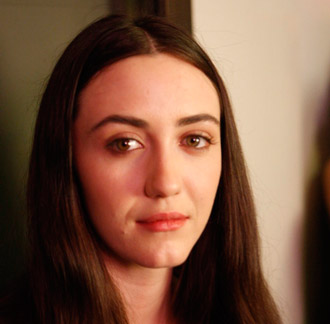 Played by Madeline Zima
We Hate: The kiss between Claire and Gretchen, 'cause it just wasn't real.
Her Best Line: "Maybe we could swipe a cadaver from the medical school. What? It's a victimless crime." ... regarding figuring out if Annie was pushed out the window or jumped.

Honestly, we have nothing against Gretchen. She's been more interesting than Claire so far this season. We don't even have a problem with Gretchen "crushing" on Claire. But unless Gretchen turns out to have an ability and/or be part of the carnival, what's the point?

Minor Characters Without Abilities
Rating: 2 out of 10

Millie Houston, friend of Angela, who hired someone to kill Nathan/Sylar when she discovered he was responsible for her daughter's death as a teen (played by Swoosie Kurtz)
Dr. Coolidge, mom of Emma (played by Louise Fletcher)
Hesam, Peter's paramedic partner who's starting to doubt him (played by Assaf Cohen)
Mike, Matt's partner in LAPD (played by Rick Worthy)

We love Swoosie Kurtz and Louise Fletcher, and it's great to see them on Heroes, but again, it just doesn't seem likely they'll pay any part in the bigger picture. So when it comes to these characters, who cares?

Emma, deaf file clerk who sees and manipulates sound waves. She's learning to accept her ability with the help of Hiro and Peter.
Rating: 1 out of 10 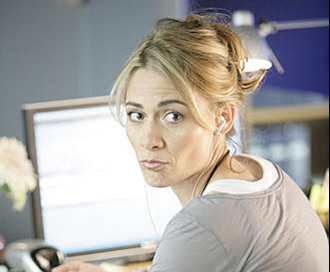 Played by Deanne Bray
We Hate: Once again going through someone discovering they have an ability and learning to accept it. Again!
Although: Her ability is kinda cool, especially when she gets mad.

Oh, yes, we're going to hell for picking on the deaf woman character. It's just she's so nice and so perfect for Peter. She even has a nice mother. A little complexity would help this character a lot. She could have been a thief or another hero rescuing people like Peter or, well, anything interesting. And do we really, really have to go back to the beginning with a character figuring out they have an ability and how it works? Really!

So ... what characters do you love and hate on Heroes this season?