Sanctuary's back (and here are 6 things you'll want to know)

Remember the cliffhanger Syfy's Sanctuary left us with at the end of season two? Helen Magnus (Amanda Tapping) was tossed as the Sanctuary leader in a coup led by one of her own people, a big-ass spider named Big Bertha (aka Kali) was stomping away in the middle of the ocean and creating killer tsunamis after being attacked, and Dancing Will (Robin Dunne) was about to die after his connection with Kali was severed.

It wasn't looking good for our heroes, which is exactly how Sanctuary creator and executive producer Damian Kindler wanted it. Kindler promises that viewers can expect a resolution to the cliffhanger when the series returns tonight at 10 p.m. ET on Syfy, but one that will reverberate through the entire season.

So what do we have to look forward to when Sanctuary returns with "Kali, Part III"? Kindler chatted with us in an exclusive interview and gave a peek into season three:

Tonight's premiere picks up immediately where the cliffhanger left off

"We begin with 'Kali, Part III,' where we have to deal with the crisis of Big Bertha and the wave headed toward Mumbai and what has happened to Will," said Kindler. We'll also see what happens between Magnus and Wexford (Paul McGillion) after his attack on Big Bertha.

"In episode two, which is called 'Firewall,' there's the aftermath of what happened to Will and the mystery of what happened in 'Kali III.' There is some unsolved moments of how things went down and who did what, and some mysteries that are left remaining."

In "Firewall," some answers to the unsolved mysteries "are locked inside Will's subconscious. Once we unlock them, it gives us information that changes our perspective on everything because we unlock a giant secret world, as it were, and it becomes one of the focal points of what the Sanctuary team is going to do and where they're going to go," he said.

Then, in the third episode, things take a unique direction for the Sanctuary team. "Three of our heroes become essentially ... all I can tell you, in episode three our heroes hold up a bank," he said with a laugh. The title of the episode is appropriately called "The Bank Job."

Here's a preview of the new season:

As for those reverberations ...

"We make a huge discovery that changes the way we view our world. We end up going to a place that's almost a place of myth and legend that turns out to be real. It really points an interesting finger to history," said Kindler.

We'll also meet a villain from the Victorian era, played by Canadian actor Ian Tracey, "who seeks vengeance on Magnus and the Five, which is a wonderful thing to always revisit. The who, what, where of the Five. We definitely get to see how the Five came together and how they created an enemy out of someone who almost joined their group. That villain we realized was the inspiration for Jekyll and Hyde, so we get to do some revisionist history. I love doing that. We have a wonderful arc when the team discovers the existence of a place of myth and legend and needs to go there essentially because they get a message from Magnus' father. Then they realized that this villain has returned and is intent on going to the same place they are after," he added.

The world of Sanctuary gets blown wide open

This season we'll see "some interesting aspects of Helen Magnus' character," said Kindler. "Because this villain returns and essentially tells the rest of the team somewhat unsavory stories about Helen Magnus, in the sense that she may have made some very harsh ethical decisions as a younger woman that affected the rest of her life, [something] she's had to live with since then. That is a very interesting thing for Amanda to play ... a Magnus who is carrying a burden of mistakes that she made in the past. I really love that stuff."

There will be romance

According to Kindler: "We get into some interesting romance with Henry and his character, and especially with Will and his character, and there are some date night episodes gone wrong. We get to delve further into Will's personal life and definitely into the species of abnormal that Henry is too. We get a real amazing amount of leeway to explore some stories that we would not get to tell if we only had 13 episodes."

And one other thing: Kindler promises Will's love interest will not be killed off this time, at least right away. "I just wrote an episode that is essentially two-hander with Will and his love interest having one night from hell, and it is going to be a directed by Amanda," he said. 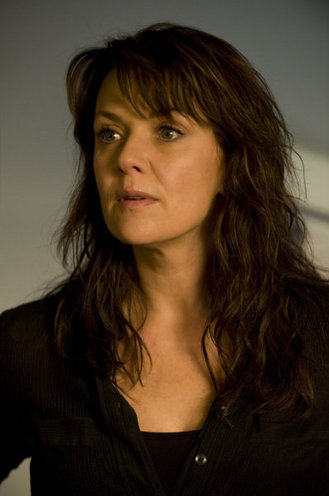 This year there will be more Sanctuary

Syfy increased its episode order for the series from 13 to 20. That means the season will be broken up into two mini-seasons, with a cliffhanger at the end of episode 10 and weeks or months before the second half of the season begins.

"It really is a huge gift to have that many stories to tell. Sanctuary, thankfully, is one of those series where it is just an endless inspiration for storytelling. And so we have lots of stories, and we have the types of stories that can really blend together into a wonderful arc. And so we were able to, not to restart the series, but to take the series in a very bold direction," said Kindler.

"I think the show has really found its voice, really found its groove and its courage and balls, if you want to put it that way. I think I found a really confident voice this season. Last season was really kind of 'let's arrive and let's get in there and really define the show.' And I think it has really now found its sea legs and we're able to tell some fantastic, fantastic stories."

Kindler promises to make us great television, but he has a challenge

"One of the things I'm very proud of is in July we had our first standalone Sanctuary convention here. We raised about $90,000 for charity," he said. That charity, sanctuaryforkids.org, helps at-risk kids and teens around the world.

"Amanda and I really issued a challenge by founding Sanctuary for Kids in that every TV show, especially sci-fi shows, which have this incredibly passionate fandom, should all be affiliated with a charity and use their influence and reach and relationship with fans to do good. I think that is one of the signature elements of Sanctuary is that it understands the value of its relationship with its fans, and it uses it to help the world become a better place. We would like to be the prototype for all sci-fi series."

Are you ready for more Sanctuary?