Sarah Connor producer on how the show would have continued

James Middleton, executive producer of Fox's Terminator: The Sarah Connor Chronicles, told SCI FI Wire that he remains passionate about continuing the story of the canceled series in another format, but does not want to get anybody's hopes up. Middleton had producing credits on both the series and the film Terminator Salvation.

"I feel like I don't want to raise anybody's expectations about what's going to happen with those characters," Middleton said in an exclusive phone interview Wednesday while promoting Terminator: The Machinima Series. "I can tell you that I love those characters. I use a business term, and it sort of belies my emotional investment in these characters, but they are a great franchise asset. My passion for them is not diminished at all, and I'll just leave it at that."

The season finale that became the series finale left fans intrigued about new possibilities. John Connor (Thomas Dekker) travels to the future, where familiar faces such as Derek Reese (Brian Austin Green) do not recognize him.

"It was a great way for us to end the season, but we would have liked to have continued," Middleton said. "There's no doubt about it. We liked making that show, and we all worked together really well, but the really great thing we can look back on is we've got 31 episodes of really good television. That's something we can be proud of forever. That's what we'll have to take away from it."

One theory about the ending is that by leaping to the future, John Connor never grew up to become the leader of the human resistance. That would free him of the burden of saving humanity.

"I think that that's the right interpretation, because in the actual footage of the show, we see that Derek doesn't recognize him," Middleton said. "So, by jumping into this future, he has erased his existence in a certain way, and we see that. We see that nobody recognizes him." 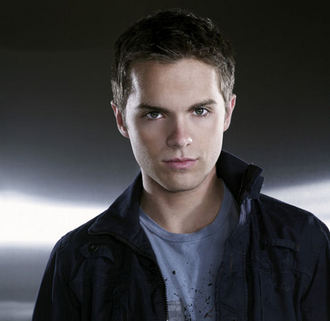 Middleton added that leaping to the future changes John Connor's fate. "We would have to have explored that if we did get a third season," he said. "If we had gotten a third season, I should say, we definitely would have explored what it all meant, but I think there's a great moment where we see Allison [Summer Glau], and John's look to her is very meaningful. I think that also would have been a great thing in terms of dramatic potential. Like I said, the show has ended, and it would all be speculation, and I really don't want to raise anybody's expectations."

Whatever becomes of the Sarah Connor Chronicles timeline, Middleton wanted to leave fans with happy thoughts. "The thing that I would say to you, and I'm sure [show runner] Josh [Friedman] would echo this, is we so much appreciated our fans' enthusiasm for these characters," he said. "My enthusiasm for them is undiminished, and it will always be that way."