Save the Earth with 8 futuristic buildings made of recycled material

Just because a house is built from trash doesn't mean it has to look like a dump. Ingenious architects the world over have been challenging themselves to make spectacular houses out of recycled materials.

Check out eight projects that combine brilliant design with resourceful use of materials: 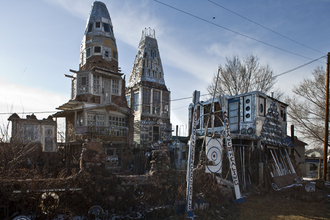 In the town of Antonito, Colo., gleam the spires of a majestic abode made almost entirely from recycled and reused materials. Its creator, Donald Espinosa, claims to have found inspiration to build the unique structure from the one-two punch of Jesus and marijuana. The structure is made from aluminum cans, hubcaps, glass, rocks, scrap metal, boards and (we can only assume) lots of duct tape. 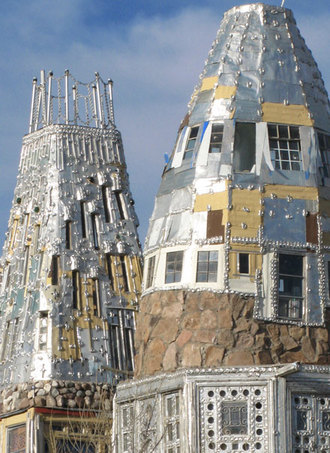 It took the Espinosa nearly 20 years to make the four-building structure, construction of which is still going on today. As the story goes, the Vietnam veteran was living at home when his mother complained about the large pile of beer cans that was accumulating. Espinosa resourcefully decided to take care of both issues at once. He has also been known to claim that God built the structure and that the day of reckoning is near. Even if he's right, we're not sure we would take refuge in that hodgepodge when the floods hit. 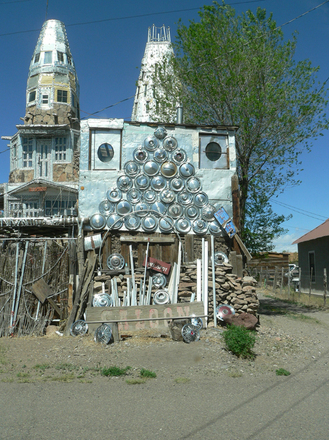 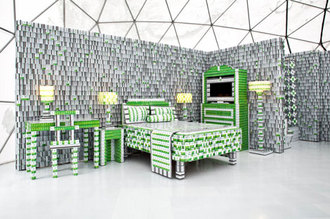 To mark its relaunch, Holiday Inn decided to build an entire lobby and guest room from the distinct green-and-white plastic cards that serve as entry keys. The promotional, functional hotel rooms were built by Bryan Berg, who is apparently the world card-stacking champion, provided that such a thing actually exists. We hope the room is nonsmoking, because the fumes from those plastic cards heating up can't be good for his health. 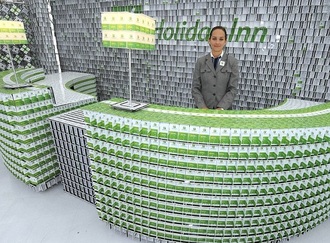 The New York hotel stayed open only for a few days, serving as a hip way to promote the brand's makeover (but not to promote any sort of other green efforts on the part of the chain). But it's good to note that hotels are taking steps to reduce the waste caused by PVC keycards, since millions are used every year. 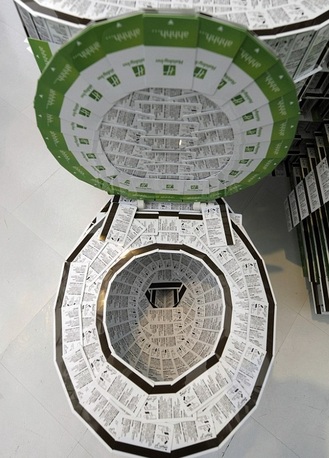 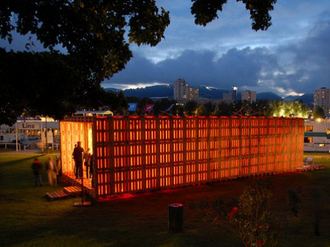 Made from 800 recycled wooden pallets, this life-sustainable structure provides a nice glimpse at the future of low-income housing. Its creators, Andreas Claus Schnetzer and Gregor Pils, are working with the South African government to create an efficient model that is estimated to cost only $11 per square foot. 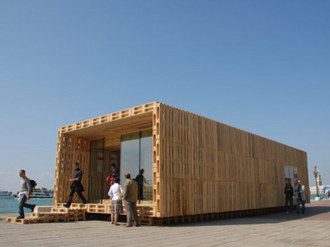 The construction has plenty of room for insulation, plumbing, electrical conduits and, of course, more structural support. Winning several international awards for resource-saving design, the building often finds itself "on tour" through many countries. In fact, the design has already been given a modern styling, as seen in the beautiful house below. 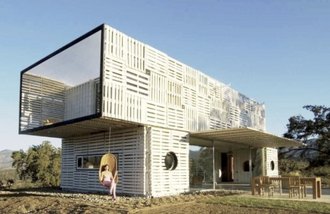 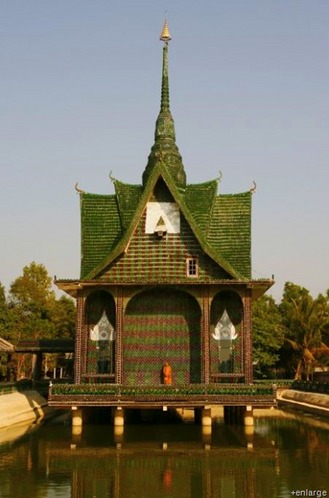 Fans of beer architecture will recall that, 50 years ago, Heineken tried to make a beer bottle that could be used as a construction block. The creators of that bottle would have had a Zen experience gazing upon the Wat Pa Maha Chedi Kaew temple in the Thai province of Sisaket. 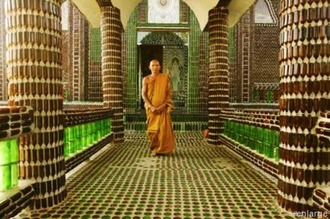 The structure has more than a million brown and green bottles. Reports state that the washrooms and crematorium are even fashioned out of beer bottles. Wait, crematorium? Certainly burning dead bodies in a homemade bottle room can't be all that safe. Also, that crematorium must reek of beer every time it heats up. 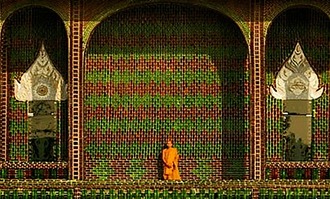 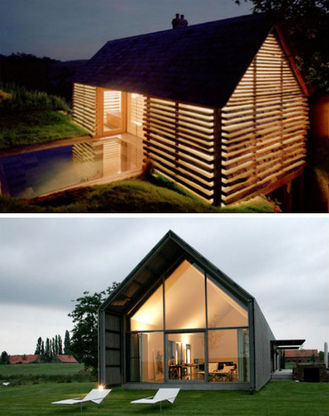 Anyone who's driven the rural countryside has probably seen dilapidated barns dotting the farmscape. Lately, architects have been finding ways to turn these old buildings into trendy, if lofty, homes. Still others have made more pragmatic approaches to recycling barns by just using part of the structure, as in the case of this eye-popping guesthouse. 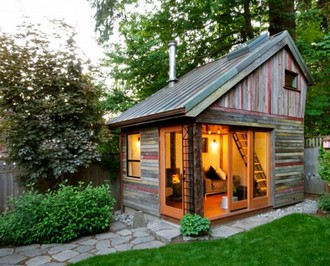 Of even greater use can be the barnboards that make up the building. Often, barns are torn down and used to wall new houses at low cost to both the owner and the environment. There's even a company that specializes in restoring old barns for use as human lodging. 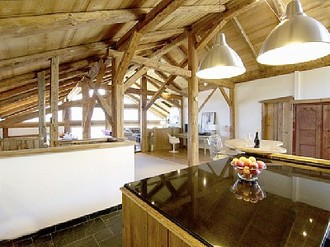 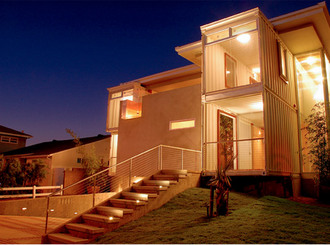 Lots of affordable housing has been made from converted shipping containers, but none has looked as spectacular as this shoreline house in Redondo Beach, Calif. The designer is actually a high-end, classy Manhattan firm, but their reuse of shipping containers illustrates that recycled housing can be beautiful. 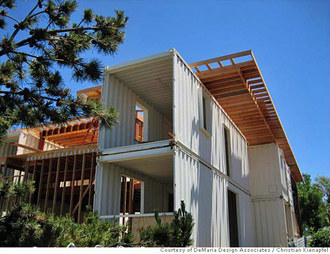 The company has gone on to build attractive community centers, low-income housing and spectacular residences from shipping containers. But the jewel of its collection remains the stunning beach house. It was the first two-story house designed from recycled shipping containers to confirm to housing code. 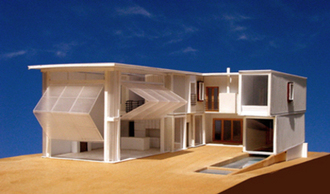 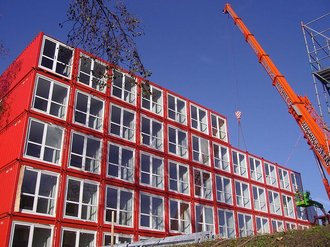 The city of Amsterdam decided to try something new when designing a new block of student housing. On the theory that students don't really care much about aesthetics or space, each apartment was built into a shipping container. What resulted is now the largest container city in the entire world. The complex turned out to be overwhelmingly popular with those seeking housing during time at a university. 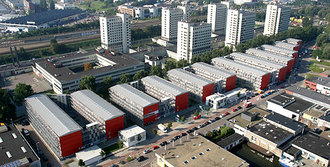 Despite the blocky exterior, the apartments inside manage to be functionally spacious. Each unit has its own bathroom and shower, as well as a separate bedroom. There are more than 1,000 units in the large complex, each one even sporting the luxury of a private balcony. Integrated into the center is a supermarket, making this an ideal residence for the students of the future. 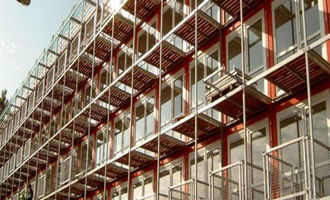 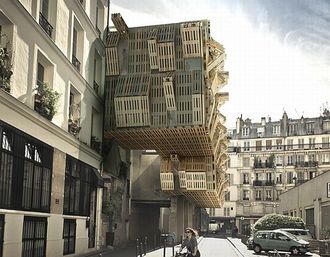 With recycled housing becoming more and more aesthetically pleasing, it's fun to take a glimpse into the future of the industry. The AME-LOT building plan for Paris will combine recycled wooden pallets with a funky architectural layout. The designers, Malka Architects, have promised that the project will end up generating a net pollution of zero. 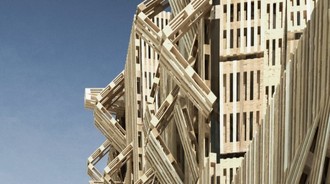 Naturally, these hinge-connected pallets won't be insulated, so an insulation system will have to be added. However, it is speculated that the cost of putting in insulation is far exceeded by the cost of building a building without recycled materials. All of the pallets will come from salvage; no new fabrication will be used. 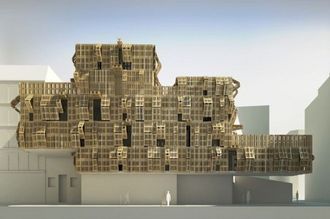 If these spectacular places are any indication, then eco-housing has forged a brilliant path. Perhaps someday soon we can gaze upon majestic skyscrapers constructed from similar methods of using recycled materials.