Much of the early attention at Comic-Con focused on the 20 or so minutes of James Cameron's Avatar that screened to great acclaim on Thursday to the 6,500 fans in Hall H. But a smaller group of ardent fans and journalists, including SCI FI Wire, got to screen an even more top-secret movie in its entirety: District 9, from producer Peter Jackson and newbie South African director Neill Blomkamp.

And the consensus among a small group of viewers on Thursday night was that District 9 is the sci-fi movie to beat. We can't give a formal review at this point, but we can tell you that the movie is original and unexpected, with a gritty look and visceral feel that deftly mix complex visual effects with the grim reality of a South African slum and rocking action with deep character development. The movie combines social commentary, satire and splattery R-rated sci-fi action.

The movie deals with the arrival of a million insectoid aliens, derisively called "Prawns," in a massive ship over Johannesburg, South Africa, and the uneasy coexistence between humans and aliens 28 years later who live in the grinding poverty and violence of a township-like camp. The action is set in motion by a low-level bureaucrat, played by newcomer Sharlto Copley, who heads an armed force that enters the slum, District 9, to make way for a forced relocation of the aliens. When things take an unexpected turn, Copley's Wikus van der Merwe finds his life turned upside down, and he is forced to question his assumptions and forge an uneasy alliance with an alien and his young son.

We also got to speak exclusively with Blomkamp and to take part in a group conversation with Jackson and will be posting those interviews soon. In the meantime, we have some new images from the film, below. District 9 opens Aug. 14. (Click on the images to enlarge.) 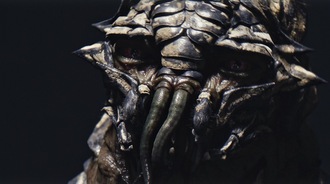 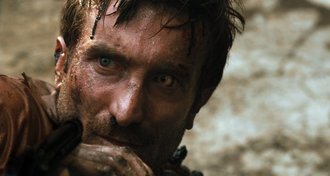 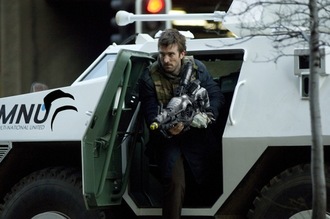 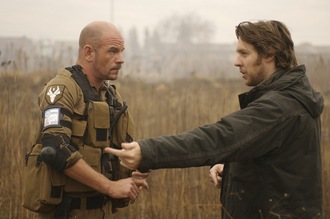 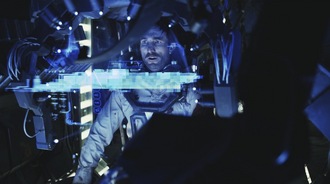 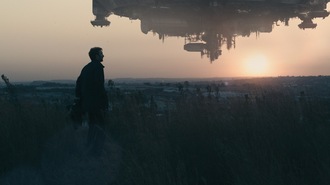 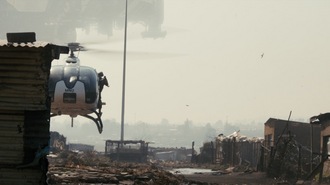 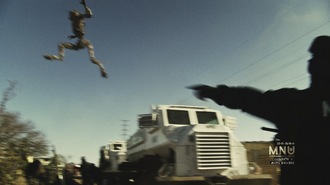