See Batman producer's 1980 sketch that made Nicholson the Joker

It may have taken until 1989 for Tim Burton's Batman to kick off the comic book movie era in earnest, but a producer on the film was already thinking about the casting choices a decade earlier—and even mocked up a pic of Jack Nicholson as the Joker.

Michael Uslan, who served as a producer on Burton's Batman and its subsequent sequels, had an inkling that Nicholson would make a good Joker after seeing a 1980 newspaper ad for The Shining that featured the crazed-looking actor.

To get a feel for how he would look in the role he grabbed a few markers and a bottle of white-out—and a few minutes later the first piece of Batman (the movie) concept art was born.

For the sake of comparison, here's a shot of Nicholson from the 1989 Bat film. Eerily close, right? 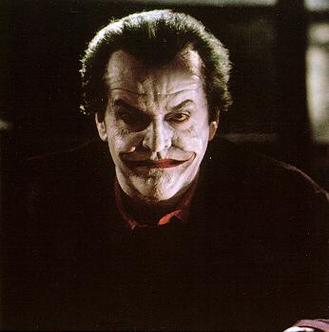 Uslan has just recently let the sketch out into the wild for an Metropolis Collectibles' ComicConnect.com auction, and it's currently priced at just under $2,400.

Now, that would be a cool gift for the holidays.