See Frodo as Gollum (but why?) in never-before-seen LOTR pic

Tag: Elijah Wood
Tag: The Lord of the Rings

The best thing about Peter Jackson's Lord of the Rings trilogy may have been the opportunity to see Andy Serkis take the weird-but-benign Smeagol and turn him into the desperate and terrifying Gollum. But Frodo very nearly met the same fate.

Gollum wasn't the only hobbit to hold the one ring for a while. Frodo struggled with its addictive and powerful evil, too. Throughout the trilogy, we saw glimpses of how Frodo could have become just like Gollum without his friend Sam's help.

Turns out that Jackson had a long-since-deleted scene in mind that would have shown what might have happened if Frodo had been turned by the power of the one ring. We've got a shot of Frodo himself, Elijah Wood, in test makeup for that scene to show us what might have been. 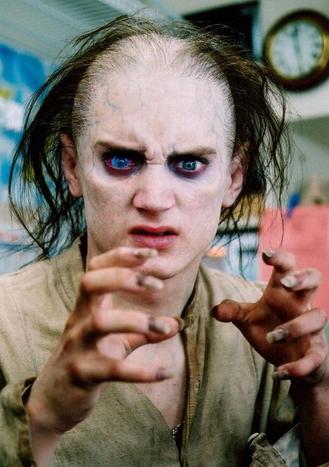 What do you think? Creepy enough? Do you wish Jackson had given us this scene now that you've seen this image?

Tag: Elijah Wood
Tag: The Lord of the Rings