Quirky comedian and actress Sarah Silverman is mostly known for The Sarah Silverman Program (and—let's face it—that "I'm @#$!-ing Matt Damon" song). But in 1996 she also guest-starred on Star Trek: Voyager, and made such an impression that her character almost became a permanent fixture on the series.

This startling revelation comes from writer/producer Bryan Fuller (creator of the awesome but short-lived series Pushing Daisies and Dead Like Me), who wrote 22 episodes of Star Trek: Voyager and Star Trek: Deep Space Nine.

The news broke over on Trek Movie after Fuller tweeted this: 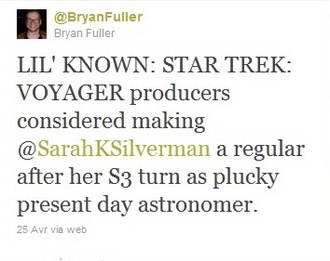 Trek Movie did some further investigating with Fuller, which revealed a few more details on this stunning news, namely that the idea was chiefly that of Voyager co-executive producer Brannon Braga:

It was Brannon's desire to bring Rain on board because he enjoyed writing for Sarah and the freshness she brought to the show. 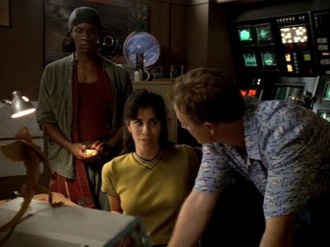 In addition to possibly bringing Rain Robinson on board Voyager (through time travel or some other sci-fi device), they also talked about the possibility of romance with Tom Paris, because Silverman and McNeil had shown good chemistry. This would have given B'ellana Torres (Roxann Dawson) some dramatic competition for the handsome lieutenant's heart.

However, the idea was dropped and there was another actress who joined the Voyager crew full-time from season four onwards: Jeri Ryan as Seven of Nine. 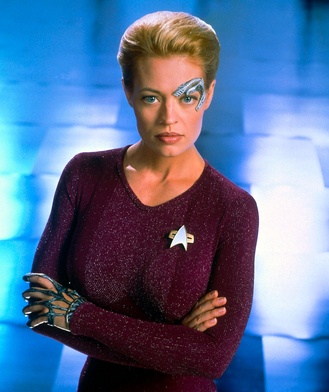 In the end, we think it probably worked out for the best.