Today's gallery, the seventh of our 31 specials for the 31 days of Halloween, proves that sometimes the best Star Wars stormtroopers are the ones who only remember to wear part of their costumes.

And don't forget to return tomorrow at noon for the most disturbing killer clowns! 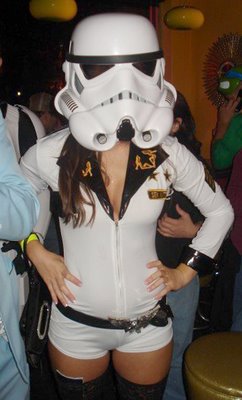 Suddenly, we are filled with a new hope. 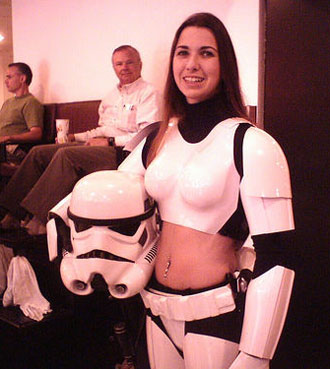 The Dark Side has never seemed more appealing. 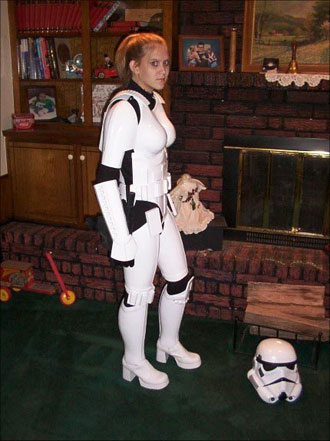 We'll be right over to help get that fire started. 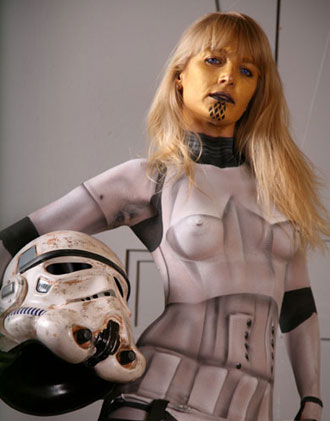 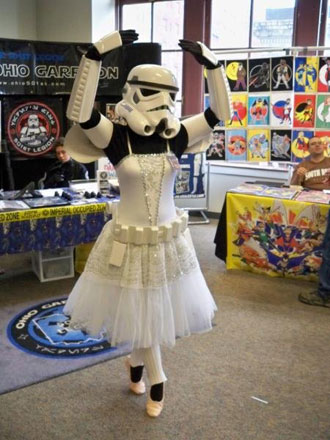 If all ballerinas were issued helmets with their tutus, it wouldn't be so hard to get us to go to the ballet. 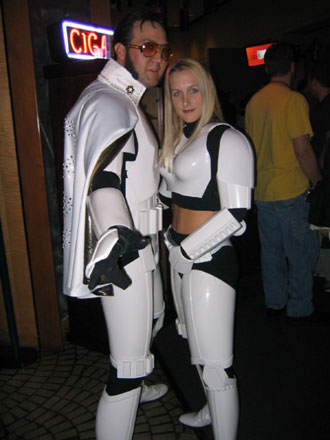 Elvis has left the building, and now we finally understand where he was heading in such a hurry. 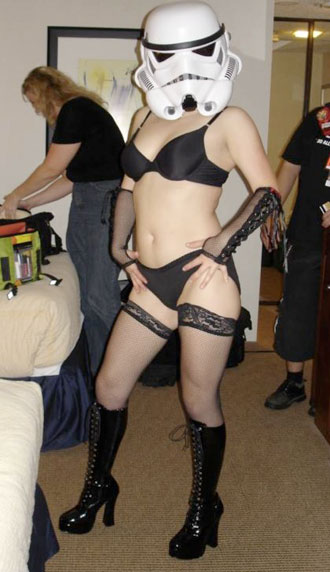 Sometimes a stormtrooper gets bored with wearing white, and that's just fine with us. 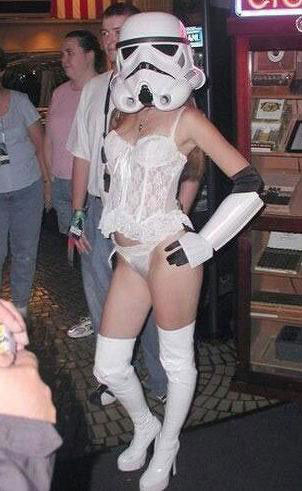 What the well-dressed stormtrooper wears on her wedding night. 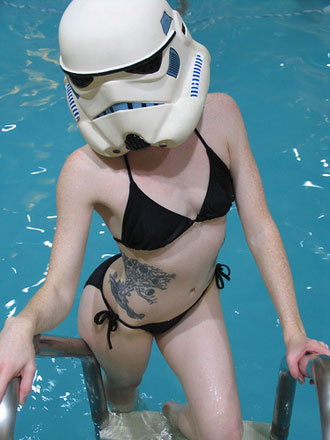 Hello, Sports Illustrated? We've got the cover of your next swimsuit issue right here. 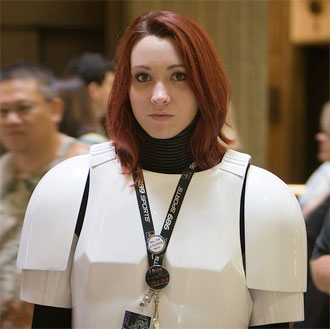 If all stormtroopers were cloned from Jango Fett, how'd this one get to look like that? 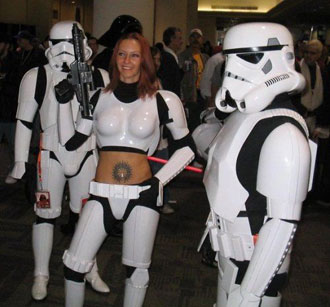 Are all stormtroopers tattooed under their battle armor? We certainly hope so! 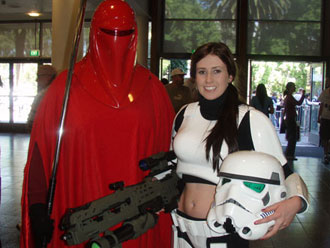 When a stormtrrooper looks like that, not even a member of the Royal Guard is enough to keep us away. 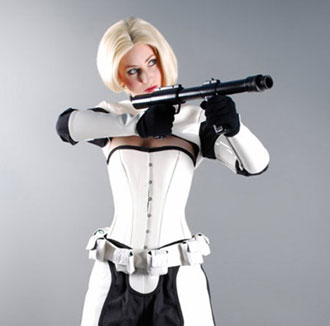 A corset comes in handy for those times when a stormtrooper outfit just isn't confining enough. 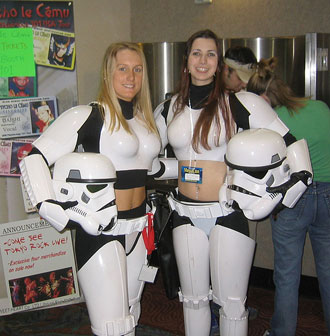 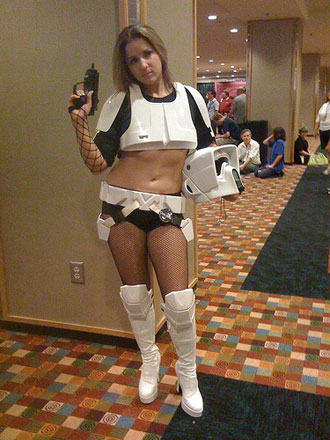 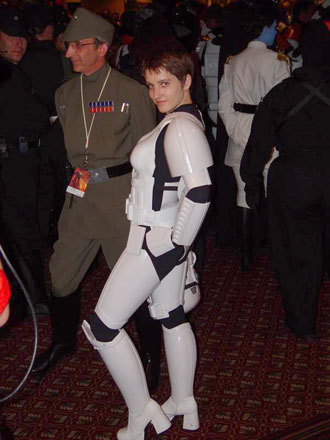 This is the stormtrooper you're been looking for. 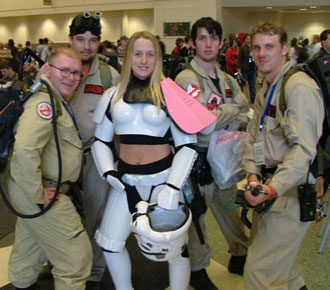 The Imperial army has learned the best way to attract new recruits. 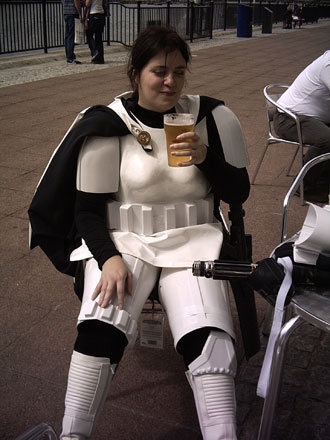 After a long day putting down revolts on behalf of Emperor Palpatine, it's Miller time! 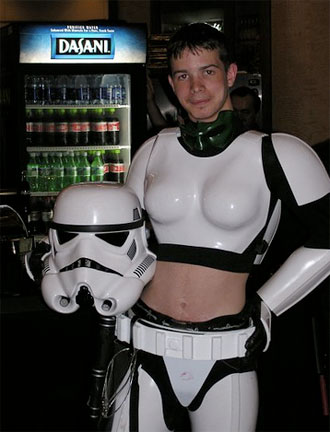 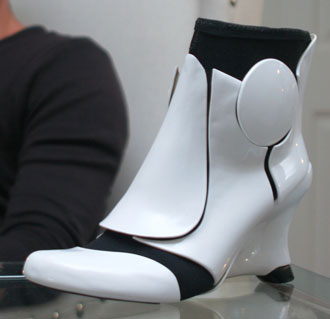 These high heels should be standard issue for all stormtrooper uniforms.

Sometimes the sexiest stormtroopers are made entirely of plastic.