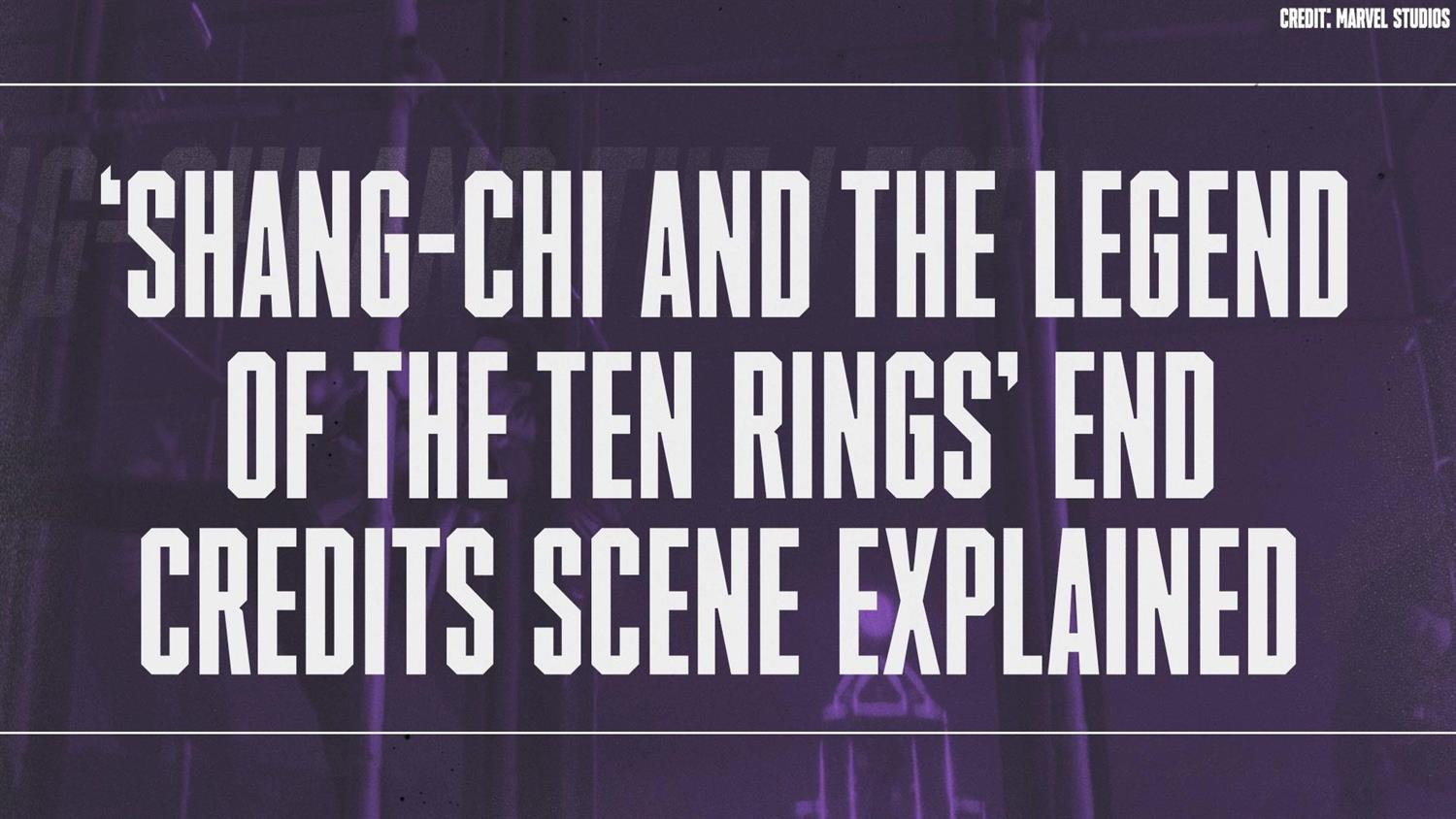 Is Simu Liu's Shang-Chi officially an Avenger following the debut of the character's long-awaited standalone film? The Legend of the Ten Rings (now playing in theaters) seems to imply that might be the case, but if you were to ask the film's writer-director, Destin Daniel Cretton, Wenwu's living weapon isn't one of Earth's Mightiest Heroes.

At least not yet.

***WARNING! The following contains major spoilers for the end of Shang-Chi!***

In the first end credits sequence, Shang-Chi and Katy (Awkwafina) find themselves in the middle of an Avengers bull session with Wong (Benedict Wong) and two surprise guests: Captain Marvel (Brie Larson, who has worked with Cretton twice before) and Bruce Banner (Mark Ruffalo in human form). The trio of heroes are trying to work out the origin of the Ten Rings and more importantly, why they seem to be acting as a beacon for someone... or something. Banner welcomes Shang-Chi to "the circus," but you'll notice the term "Avenger" is never mentioned. That was purely by design.

"I saw a trailer that they just put out where they quote somebody saying Shang-Chi is a new Avenger and I was like, ‘Oh, we never use that in there.’ I don't think he ever officially gets to that point," Cretton explained to Vanity Fair. "It was very important for us to know that Shang-Chi is being ushered into this whole new world and he contains the power to be standing amongst those Avengers. Is he one yet? Not in my movie, I don't think."

It's a sentiment shared by co-screenwriter David Callaham, who was surprised to see a Marvel TV ad comparing the eponymous Rings to iconic MCU artifacts like Captain America's shield and Thor's hammer. 'I'm like, 'Whoa, okay. That's obviously the goal we all have in mind for the character,' but I hadn't seen it laid out quite like that before," he admitted.

And of what the Rings acting as a beacon? Does the creative team have an answer or will they just figure it out at a later date?

"It's a little of both," Cretton remarked during an interview with Collider. "We definitely are posing a question that is pointed to a direction that makes sense to what's happening in the MCU and also is a direction that is very exciting for us to explore in the future. But the questions that are left unanswered are equally as exciting, I think, to the creatives making the movie as [they are] to the fans. What fans are going through is what we're going through; all the potential what-ifs of what it could be and that's part of the fun of working for a studio like Marvel."

The movie's second post-credits scene reveals that Shang-Chi's sister, Xialing (played by Meng'er Zhang), has decided to take over as the head of the Ten Rings instead of dismantling it. A subsequent — and James Bond-esque — title card then informs the audience that the clandestine terrorist group will once again rear its head sometime down the road.

"That doesn’t mean Shang-Chi won’t return," Marvel Studios boss Kevin Feige clarified to CinemaBlend. "I think the tag before that is pretty clear. It’s more ... to say that [the Ten Rings] organization perhaps is not as defunct as Shang-Chi thought it was going to be. And it’s actually not the white words on a black card. Destin [Daniel Cretton] did a very cool graphic for that phrase at the end of this movie."

Shang-Chi and the Legend of the Ten Rings is now playing in theaters everywhere. The film set a new Labor Day record at the North American box office this past weekend with a 4-day opening of $90 million. Per Disney's latest theatrical model, Shang-Chi will play exclusively on the big screen for a duration of 45 days before making its way to the world of streaming.